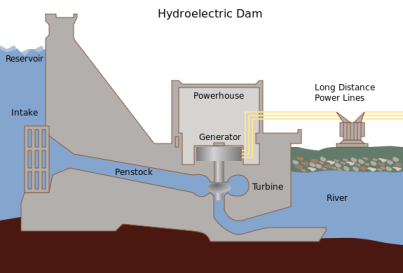 Inuit elders fear the effects of a hydroelectric project near Iqaluit and they want the Qulliq Energy Corp. to negotiate an Inuit impact and benefit agreement, elders told the Nunavut Impact Review Board Sept. 10.

“I believe we need an IIBA in the millions,” said Simon Nattaq, the chair of Iqaluit’s community land and resources committee, a land claim body also known as a “CLARC.”

The review board organized meetings in Iqaluit aimed at helping them figure out the project’s scope: a list of things that ought to become part of the QEC’s draft environmental impact statement, or DEIS.

Following similar meetings this week in Kimmirut and Pangnirtung, NIRB staff will produce a “scoping list” and use it to create guidelines. QEC is expected to follow those guidelines when completing its DEIS.

The power corporation has been planning a hydroelectric project near Iqaluit since at least 2005. That work stopped for a while, then resumed in 2012.

The latest version of the QEC’s plan would see them spend up to $450 million on two dams and power stations over the next 20 years or so: the first at Jaynes Inlet and the second, planned for the decade following 2030, at a site called Armshow South near the Bay of Two Rivers.

Those sites are about 60 and 30 kilometres south-west of Iqaluit and would be connected to the city by 84 kilometres of power lines.

Nattaq said this project would likely generate a “large social impact for us Inuit,” because of the potential disruption of areas used for fishing, camping and travelling.

And he said that because of this, the QEC must be prepared to compensate Inuit for any harmful impacts through an IIBA.

“We are very concerned,” Nattaq said.

But the proposed Armshow South site, which wouldn’t be developed until the 2030s, appears to threaten well-used fishing spots around the Bay of Two Rivers.

“The Bay of Two Rivers is my main fishing spot,” Mosesee Atagooyuk told the review board.

“Let’s look at alternatives that would have less of an impact on our lives,” Atagooyuk said.

He also said that site could interfere with an important travel route to Kimmirut.

Alacie Joamie said he same thing when she first heard of the power corporation’s hydroelectric plans but she “had a change of heart and I agree with it.”

But at the same time, she said she wants to be sure that the people of Iqaluit will benefit from the project.

“Our land is pristine and wild and natural and has never been affected by these developments,” she said.

Other residents who attended the meeting said QEC should provide more detailed information about its plans.

A QIA employee said the power corporation should be asked if they plan to remove fish from any lakes.

And Seth Reinhart of the Canadian Northern Economic Development Agency said the QEC should be asked to provide more detailed information about the potential economic impact of the project and its affect on the cost of power.

Adla Itorcheak of Nunavut Tunngavik Inc. said the QEC should be asked if mining companies and other developers would be allowed to tap in to the hydro project’s system and if electrical power would be available to cabin owners on the side of the bay opposite Iqaluit.

The QEC has said in the past that a hydroelectric plant could replace the use of dirty diesel-generated electrical power in Iqaluit, which consumes about one-third of all diesel imported into Nunavut this year.

They also claim that a hydro plant would produce lower electrical power rates.

The NIRB was planning to hold similar meetings Sept. 11 in Kimmirut and Sept. 12 in Pangnirtung.

Ah, screw it. Let’s just keep shipping petroleum from the south and burn it here for energy. Self-sufficiency is over rated.

Glad to see the elders standing up for the community!

I like the Iqaluit Elders.  Especially those showing in the pictures on Nunatsiaq.  We should always hear their side of the story.  Good for them to voice their concerns.

No, do even think about the darn dam, it will destroy our way of life and our way of fishing the mercury that will happen to all the sea mammals and of course the arctic char we have, It will destroy our way of life and our health, the elders are not even from our home town, I know who is orginally from our home town so they do not even see anything yet what it can do. “A change of heart”, hello, how can someone have a change of heart of what will happen to our lives and our health, No, please do not build dams here at all.

I have seen many people from northern quebec when the James Bay Project went through, there was lot of sick people with mercury in their body, What do you think you are trying to do here, this is our hometown where we were born and raised and do not have any problems with the fishes we catch, and once you have build it, our way of life will change. If only they elders were told properly what it can do, change of heart, is driving me mad…I went to the night time meeting at 7 and got very emotional and cried as this is out land you will be destorying. It is not your land it is only your job.

what a joke!
#1 hit the nail right on the head.
and #2, the problem is , is your not self sufficient anymore..or you, like most “elders” don’t pay for electric costs anyways???

#2, everyone, perhaps I should not of spoken with sarcasm. This would have been more productive:

This isn’t a southern company coming here to extract & exploit Nunavut resources. This is an Nunavut/Inuit organization trying to build infrastructure to improve self sufficiency and the standard of living for everyone. Sacrifice, collaboration, and compromise will be a must as we build a future for our children. Everyone should agree on the best place they should build this, and an environmental plan should be in place. Rather than asking how you can use this project to help your other agenda’s, do what you can to make this projects agenda a success.

Yeah, and those dumb hospital buildings get in the way of berry picking.  We should tear those down now.

I totally agree with my dad, he is a regular hunter, it is what he does for a living after retiring, he often talks about hunting with his hunting buddies, and its their life! please dont build dams here, we are good without it. It doesnt only go to my dad, but it goes out to everyone else that hunts or go out on the land for many reasons. Our land, not theirs.

#9 Then what do you propose we use for future power?  I assume you like your lights on in the dark of night, your TV, computer, and heat?  Do you realize that Nunavut is currently being powered by diesel generators?  Nasty, dirty, expensive diesel generators?  OH, and by the way most of these diesel generators are outdated and lack the capacity to supply power to match the growth in Nunavut (and by growth I mean more Inuit being born which equals more houses/schools etc.)

I am also curious why you say “our land, not theirs”?  This is about supplying power to “your people”.

Calm down, get informed before passing judgement.

So, to summarize: no building dams because it might interfere with a few people who hunt or fish now, instead continue burning greenhouse-gas producing fuel which adds to the problem of climate change and ruining hunting and fishing for everyone, everywhere, in the future.

This place gets more and more redonk everyday, millions for what. Inuit owned company on Inuit owned lands…

Inuit want all the amenities of down south, but want southern prices all in isolated communities… mmmmm talk about greed

You can build it near my town. There is a good spot for it not too far. Explore other communities for the dam so we can build electrical poles to feed surrounding communities,...IIBA would be,...cheapest rate for the closest community. Dam,...c’mon up!

#5 you got it backwards Hydro does not put Mercury in the water. Hydro is a clean energy. It the emissions for our dirty diesel power plants that is polluting our fish, wildlife and drinking water. Yes let’s keep adding more pollution to our air and water until we kill everything including ourselves. Lets built more diesel power plants, fuel storage farms and increase the oil tankers into our bays until eventually we have a major spill in our bay. A good message coming from our wise elders, you can only bring clean energy to our land provided you compensate us will millions. If not we don’t want it.

Why doesn’t Qulliq Energy Corp. talk about Micro Nuclear generators for power? In 2009 they studied them.  Now new models on the market. Millions less then building dams. Or flooding.  NTI should be pushing for Micro Nuclear, them being NTI in the Uranium mining business. Why Quilliq and NTI are so silent on bringing this information and technology to Nunavut is disturbing.

After today we shouldn’t worry about the clean energy a dam would
provide but all the cars and trucks that are now here in town. also would the dams provide just iqaluit or southern baffin.

There is a lot of uninformed people commenting here against CLEAN energy as opposed to burning diesel fuels to supply power for this town. I just want to be clear that you are crazy. Think before you speak, and educate yourself on the topic at hand before you type.

Show of hands… How many people would rather burn fossil fuels to enjoy the benefits of electricity rather than using a clean renewable energy source such as a hydroelectric damn? This is not a trick question, I promise.

Thank you Alicee Joamie and Simon Nattaq for standing for Iqalumiut. Iqalumiut should stand up to go against the Dam. I wish I was in Iqaluit to help those who opposed the Dam. I know there are some rich people who owns a big company’s who might’ve push for the Dam. If being rich in Iqaluit is not enough. What else can they destroy what we were born with?. What do Iqalumiut have rights?? We Iqalumiut have no voice. Other people have pushed us away from our home.
Dam shouldn’t even have been mention. The people who do not have ancestors in Iqaluit will not understand what our concerns are.

The time frame that is being discussed here is in the 2030’s, and the people objecting to it, just based on the picture I see, will be dead long before that.

The social impact of lack of affordable electricity will have on the local population, given the expected population growth by 2030, will far exceed any negative social impact from berry picking, fishing, or hunting.

Hydroelectric power is the most sustainable kind of power that Nunavut could use relative to any other known type of power generation.  Burning hundreds of thousands (or more) of liters of diesel fuel each and every year is simply not logical or sustainable.

But logic and sustainability is not something I’ve come to expect from a region that prioritizes $40 million dollars for an aquatic centre, over the many other priorities the City and the GN need right now.