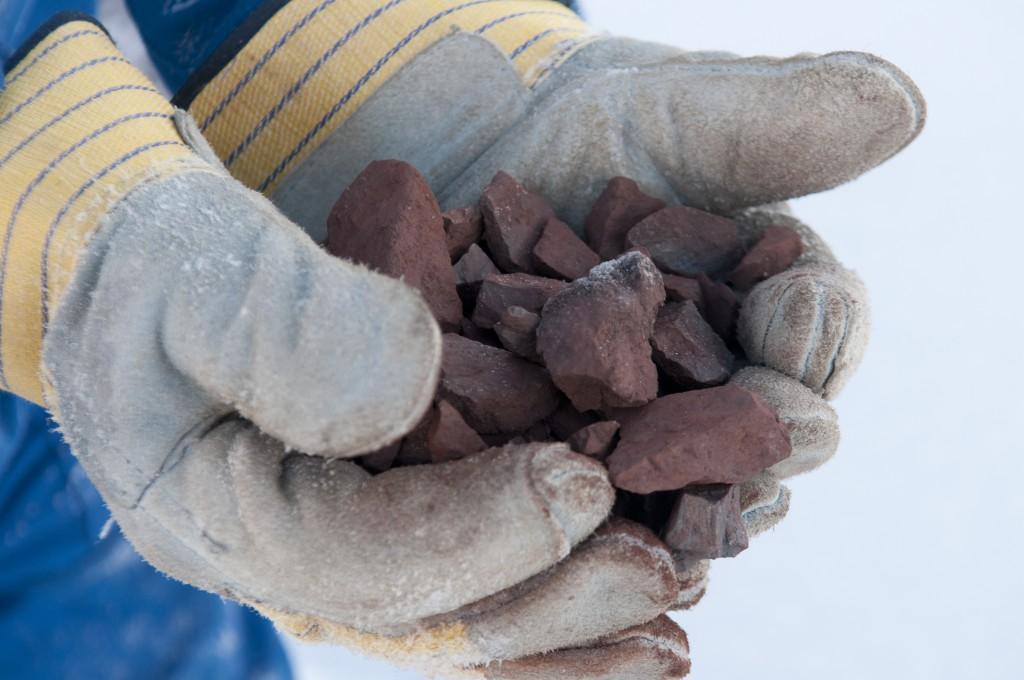 The Nunavut Impact Review Board recommends the federal government say yes — subject to some revised terms and conditions — to a revamped mining and transportation plan the Baffinland Iron Mines Corp. announced in January 2103 for its Mary River iron project.

The NIRB conveyed this to Bernard Valcourt, the Aboriginal Affairs and Northern Development minister, in a March 17 letter attached to a 259-page public hearing report.

Under its revised scheme, which they call the “early revenue phase” proposal, Baffinland plans to mine, stockpile nd ship between 3.5 million and 4.2 million tonnes of iron ore through a port at Milne Inlet.

They would transport the ore by haul truck along a tote road and transport it out of Milne Inlet only during ice-free months.

Baffinland submitted that plan to the NIRB in 2013, soon after receiving a project certificate in late December 2012 for its original proposal.

Under Baffinland’s first scheme, the company would extract about 18 million tonnes of iron ore each year and ship it from a port at Steensby Inlet connected to the mine site by a railway.

From the Steensby port, huge, 320-metre icebreaking ore vessels would move 12 months of the year through Foxe Basin and Hudson Strait to steelmakers in Europe.

But under the revised plan, first announced in January 2013, Baffinland would ship smaller amounts of ore through Milne Inlet until they generated enough revenue to finance the original plan.

“During the reconsideration, the NIRB heard of ambitions mixed with cautious trepidation, optimism for real signs of economic opportunities for the Baffin region but also concerns for the land, the air, the water and a variety of animals potentially affected by the activities under the Early Revenue Phase Proposal,” the board said in its report to Valcourt.

The board said it looked at evidence on the following issues:

• the effect of increased shipping through Eclipse Sound on marine wildlife;

• the impacts on the marine environment in Milne Inlet arising from increased shipping, port construction and ballast water exchanges;

• the impacts on vegetation, wildlife, ice, surface water and human health as a result of increased dust emissions; and,

• the impact on Inuit harvesting on land and in marine areas due to increased shipping and intensification of use of the Milne Inlet tote road.