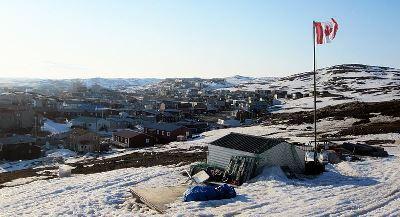 Nunavut board to inform public Sept. 10 on Iqaluit hydro project

If you live in Iqaluit, the Nunavut Impact Review Board invites you to learn more about the Qulliq Energy Corp.’s proposed $450 million Iqaluit hydroelectric projects at public meetings set for Sept. 10 in Iqaluit.

Qulliq’s plan calls for two hydro plants, generating electricity from dammed waters, to be built at Jaynes Inlet and the Armshow River.

The plants would be located about 60 and 30 kilometres southwest of Iqaluit, respectively.

The Jaynes Inlet facility would be built first, by 2019, and generate 10 to 14.6 megawatts of electricity.

The second plant would follow 15 to 20 years later to supply expected increases in electricity demand in Iqaluit as the city continues to grow, according Qulliq.

That project, known as Armshow South, would generate up to 8.8 MW of power.

Qulliq has highlighted the projects as a source of “stable” power generation, which will lessen reliance on diesel fuel and eventually bring down the cost of electricity.

At the Sept. 10 sessions, NIRB staff will present information about the projects and listen to concerns and opinions from the public, said Ryan Barry, the NIRB’s executive director.

At the meetings, residents “can learn more about the project and also have a chance to influence the assessment by letting us know what their concerns are, and what their questions are,” he said.

Staff will then take what they hear to develop guidelines that Qulliq will have to respond to in an environmental impact statement, Barry said.

The NIRB will hold the two public scoping meetings on Sept. 10 at the Francophone centre in Iqaluit. The first is scheduled to take place 2 p.m. to 4 p.m., and the second at 7 p.m.

Just out of curiosity, why has the Sylvia Grinnell river been ignored? Its right there close to town and would be much cheaper to build.

#1 - because people go fish there. there was another lake that was chose too and people complained it was a fishing spot.

There are dam’s all over the world and people can still fish, dam’s have fish ladders so they can swim down or back up, simple.

I am very happy to hear that the President of Qulliq intends to leave in June 2014.  He’d be in over his head.