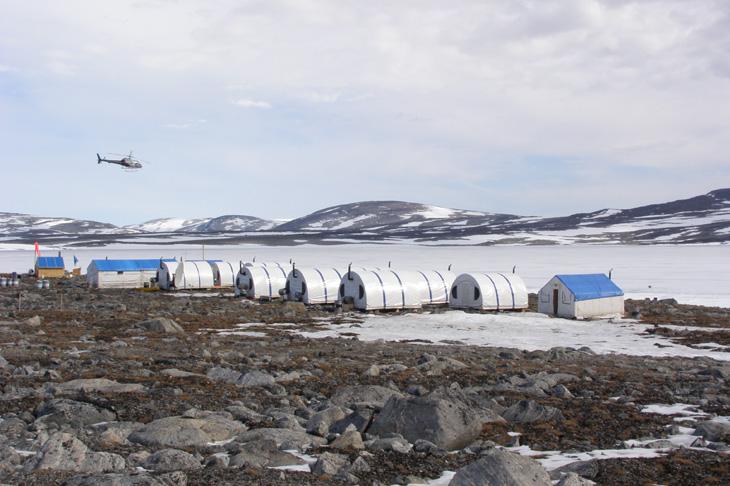 We’ll advance Nunavut diamond project on our own, Peregrine says

Peregrine Diamonds Ltd. said Oct. 23 that following a decision by De Beers Canada Ltd. to reject a potential joint venture with them on the Chidliak diamond project near Iqaluit, they will advance the project on their own.

In a news release, Peregrine said they plan to move ahead with Chidliak, located about 120 kilometres northeast of Iqaluit, on “a 100 per cent ownership basis.”

“Chidliak has benefitted greatly from De Beers’ involvement over the last year and we are cognizant of their reasons not to proceed given the challenging mining market our industry is currently experiencing,” Peregrine said.

On Oct. 11, Peregrine said De Beers — under the terms of a deal struck between the two companies Sept. 5, 2012 — gave them verbal notification that De Beers will not enter a joint-venture agreement with Peregrine.

Peregrine said they received written notice from De Beers on Oct. 22 and will meet with De Beers to discuss the handover of technical data.

Under a previous agreement, De Beers will pay the cost of processing the first 250 tonnes of ore extracted in a bulk sample earlier this year from the promising CH-6 kimberlite pipe.

Peregrine will pay the cost of processing an additional 250 tonnes, and De Beers will do the processing.

The mineral concentrate produced by that processing work will be sent to the Saskatchewan Research Council to recover its diamond content.

After that, Peregrine will make an initial announcement on the bulk sample’s diamond content in January, 2014, under a fast-tracked schedule.

They’ll use that information to help plan their next steps, including their 2014 and 2015 exploration programs.

“The results from CH-6 and new exploration and conceptual mining data generated by De Beers will be utilized to formulate optimum exploration and sampling programs for 2014 and 2015,” Peregrine said.

De Beers is now controlled by the London-based mining giant Anglo-America PLC, which controls 85 per cent of the company. The other 15 per cent is owned by the government of Botswana.

On Oct. 22, AAND minister Bernard Valcourt approved a joint-venture project that De Beers has stuck with — the Gahcho Kue diamond mine in the Northwest Territories, a joint venture between De Beers and Mountain Province Diamonds Inc.