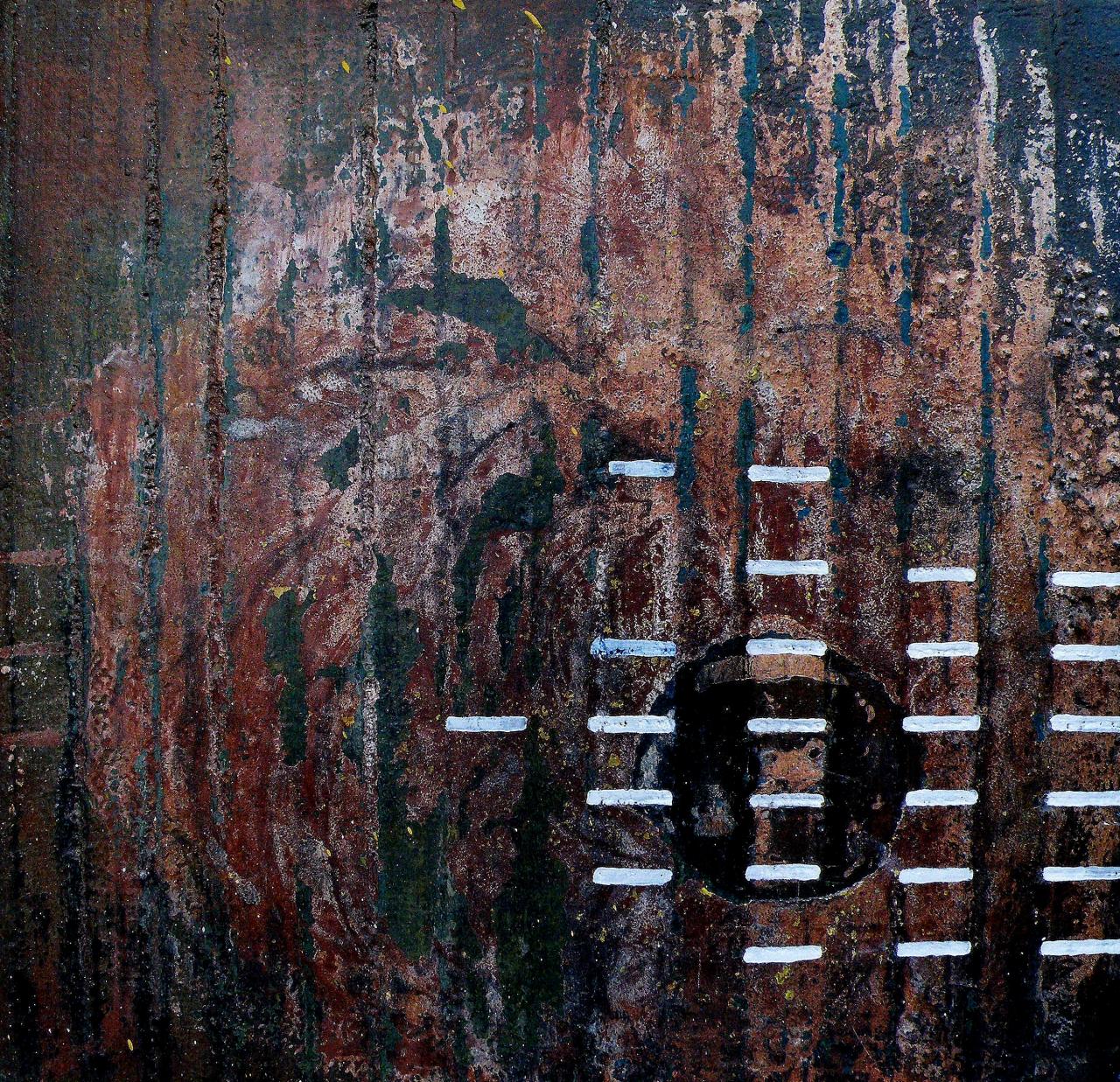 Dog runs after food, flesh is ancient in her breath, bleeding feet tells the story of a woman way, chase the coyote naked till it drops, the odor of stories quiet in her blood she guards the door, she guards the bone of all living things, her regrets are numerous, this silent pup', trees are good to listen from telling how with invisible-hands the male God shaped the dust, circled bone-fire tumbled up the wind to make a fool. Now the fool is dead, his bone back out time the hills are young to look for signs that say a man could love his fate that winter fire in the blood is one sad thing, Woooo, com-passion translate wind to be fire I am life Gas-Dog to strong grace the People is and I promise to appease his troubled skin, I promise to protect his prayer within my full and warm belly.

I am with the People that broke its raw mirrors standing with solitude and dignity, now dispersed in 4 colored directions, a name has been given to the People, a name and others, the Word was the incarnated weapon, the pale God had the bone, the buffalo dust in the breast and one more cigarette for your treaty number.

O Take my paw now, 10-37 friend, for I lead you to your nature; she is there, patient, waiting on you that you come back to your beauty, your integrity, your respect of life. You have to do it, People, to appease your consciousness. I am Dog, brave People, the woman in love with your freedom. You aren't the abstract image of God, keeper of the chaos's structure; you are alive People and real. The Creation never happened, there is no Fall, there will be no Promised Land to where I could guide you, you are pure from Time.

O take my paw now, there is the act without loss of memory nor destiny; there is no small confined weakness between a father and a mother for a little Indian child to find a refuge, white God stole the point, separate the mother and the child, the blue from the blue and the energy went day and night, turning on them, selves, until love changes into solid chaos; then the One told the matter in order to structure them as symbols, creating con-fusion words into the devastated heart: this is now the point reached, the Time when all moral sense is gone with each destroyed family, only the name turns high, lonely No Name child, raw-raw beer child alone on Friday plains.

I am not afraid by you construction, migratory People, I am the chained dog on your little square rez house, I loved you all my life, I saw you honoring the wild rock flowers, I know you today you call death deliverance; or is death a delivery, Indian baby ? Who is always dying? Which One of you? To come out the family is it to be penetrated, dissociated in 4 x 4 directions like a light fire, this first time, not the other times? And guys, what'z your center?

It wasn't another you, a white dog, coming in and out and in and out; you didn't closed Time, you are intact and to coyote it is equal. You divided, parted yourself in the dream to control your emotions, now words are white, making you sick as alcohol does, turning you as vicious circle. Words are not trapped animals, indios, you are my trapped brothers in that story; her story, my mother died by the winter, from distemper, do you remember?

And you know this life as I know it: it is not her. At the center of hearth it was no difference between no-gods and no-dogs; all were living onto the womb; a man could transform into an animal if he wanted to and an animal could become a human: it was no difference, words were magic and spirit had mysterious powers. A silence pronounced by chance could have strange implications; it became suddenly alive: it was like it was. You came in me, People, with your seeds, waiting on me to deliver you from the symbolic world where you were caught since born, I soon will deliver you.

The justice of the solitary dog moves you, her paw scratches the air just right and the prairie dog was any dog. I dreamed to be him, I tried to be free, People, but you came broken, dizzy by the sense of a world trying to be right and the prey was any prey. Is it a right way, rezpeople, I am GasDog, I am in your hands begging for money and beauty I am with the sorrow child against the God. I refused, People, the manifest destiny that tells a prairie dog has to die for a wild animal's hunter's grace. Who is your Creator which allows the crazy equation? Xolot'l ? Quitzequatl? What is its creation that pretends to survive on another dependency? Meat? Are you, People? A 4-basis snake turns, you fat black car takes the 5th- Direction, the engine breaks, Dog tells a skinny loving lie.