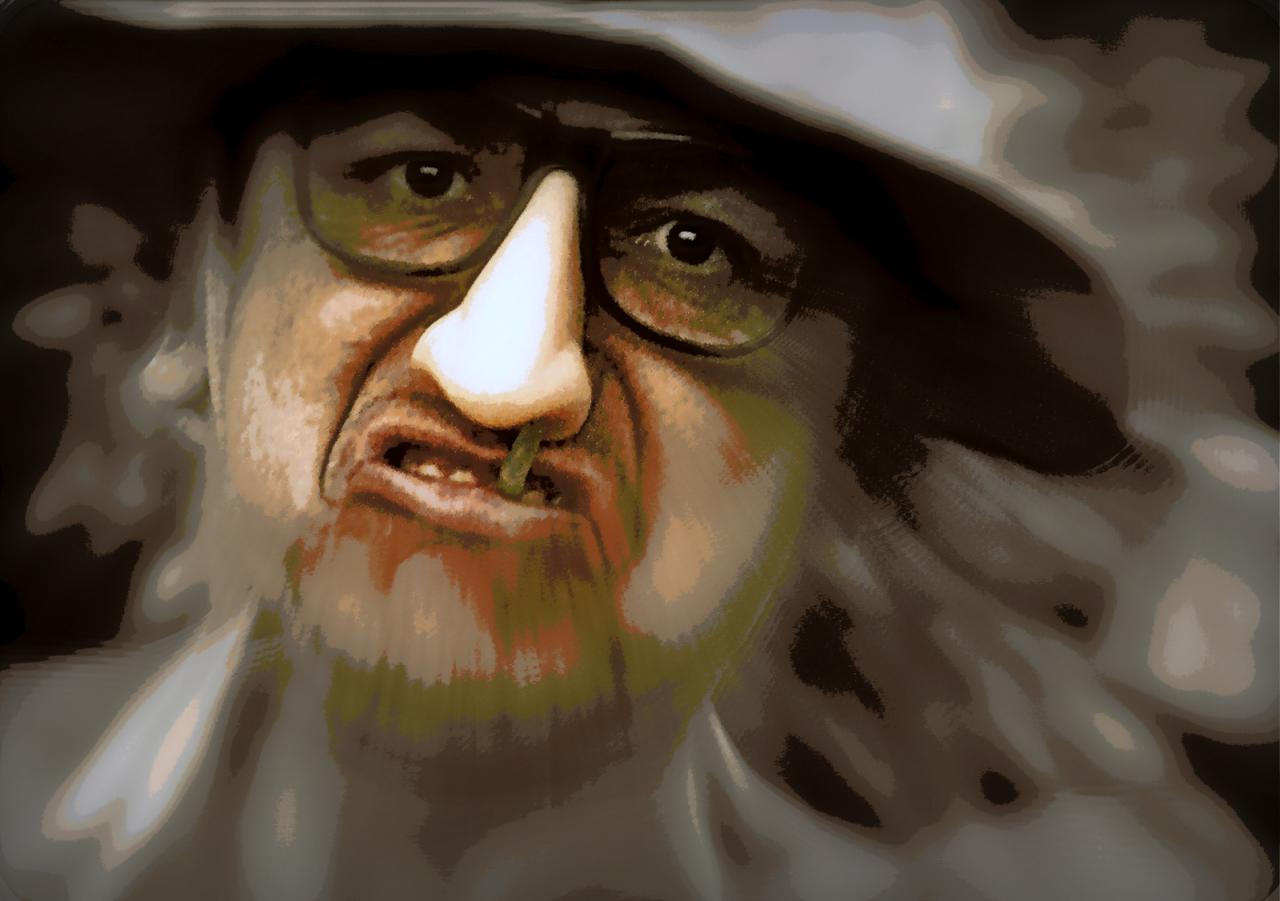 I do not speak what you call “the language of my people” and I am happy with it. I am me, simply me, I am from my time, not from your linear timeline, not form your vertical system of value. I do not speak my language because the words that are referring to my people no longer exist in reality.

We have to come back to the natural reality, a coherent thought, as I keep on saying, and there are others who do not speak thier language.

This language is preached in Native American Studies, where our red intellectuals are bred today. I am not the educated ndn, no true people will accept the trap of such social classes. Our language is the pemmican. Our language is the People. Animals are language, the Tellings are alive. It seemed simple, but recently it became complicated. Nowadays the pemmican is the pig, the cow, the chicken and as they are today we have to recognize our food. Our spiritual food, our physical food.

It is difficult to write to you; words have constantly to be defined.
De-finition. Words were animals as they were complete, Nature was the Being, and then you gave her a name. What you call god gave a name to Day, so it could separated him from Night so there, It separated the Sun from Moon, us from the Mother and Earth. What you call “my world” was created trough a separation. This is why we have disappeared today, The original People, into our schizophrenic desperation. We are no longer mystical, we never were shamanic; we are shy-zo-phre-nic. But this is why I tell their stories, these neo-sacred animals, the pig, the cow, the rabbit, the chicken, the donkey, the sheep: so that the People may live.

My people are the ones that are weaving blankets to its mangy dogs. My family carries an inverted thunder-bow. But we still need more humor. It is that, the Neechee Spirit. One can throw pigs in the air to heal them or “jump their bones” one can melt luxurious flowers under a slick of oil, one can do all of that in the White World. But don’t forget the beauty. I tell that the civilized world is a reservation. There is progress for everyone. Dead-alive, the ameriKKKans have gorged themselves with cheep meat; the cow replaced the bison where 400 billion of fish and 56 billion of factory farmed land animals are killed every year. The contemporary NDN is like anyone else, he belongs to Mac Donald & KFC. The farm factories are the main employers on the global reservation: the world biggest hen concentration camp is implanted on the land of our beautiful enemies the Sicangu Lakotah and our Amazonian cuz’ no longer know how to recognize the Puma as he takes shape in the weakened body of a life-stock beef. The Natural People were led to the brink of extinction by the killing of their sacred animals and are maintained in ignorance by the food imposed upon them.

The question of what “They” forced us to call food is essential: it is something that obligates us to take a decision at many times of the day. Determinant choices. People keep asking why I talk about domesticated pets rather than wild animals. But I talk about Genocide. There is a strange and unsustainable silence around the question of meat. Meat is no animal: as for myself I do not eat the flesh of a tortured domestic animal and neither do I want to hunt in the context of a “civilized man”- Giiwosewinan to coexist is not the question here – so I am called a vegetarian because I refuse to eat the flesh of a spirituraly tortured domesticated factory farm animal. But am I a oonabaaW? I adhere to the duty of histories; I know that histories meet animals who allow them to live and to express themselves.

We have to pay attention to what we accept in us, to the amount of suffering and injustice that we ingest. There is an essential affiliation between the enslavement of animals on an industrial scale and the permanent genocide of a people. I tell that civilization has intentionally made dependent people that were self-sufficient. The schools are responsible for that huge lost of knowledge: people brought themselves to underestimate the notion of the People. By this way we became domesticated animals. In order to survive, we had to adapt to something that slipped out of the Natural Reality: we have changed our original language to some kind of verbal incarnation with whom we now manage global worlds. It is an illusion to believe that we will be able to regain the land without the animals, because the animals are our language, they are the natural language of all People. We will begin to consider ourselves, as we did before, when we have understood the essence of those who we eat, those spirits in our bellies. Yes, the domesticated animals do have spirits, they are in the caves and they are waiting. The People also are waiting.

It is time for me to be as real as possible. I tell the words of Tashunka Witko “We are living in the shadow of reality”. Civilization imposes its unique aesthetic choice to the people. Civilization wants to erase the notion of tribe, the fact that we are a contemplative one. We do not believe in what you call “Creation”. As for myself, I am working to preserve the Natural Reality. It is not because no one cares anymore about reality that the reality ceases to exist. She changes forms, as she always has. This is shape-shifting. We didn’t loss the Earth. They want us to believe that we have lost her and are destroying her, but she is still there and will survive beyond us an “egocentric priorship” , she will not leave. It is not because the mother of a little native child is drinking that the motherhood ceases. We must realize that nothing can be lost. The pain, yes, is present. But remember: civilized man cannot destroy the earth, only man’s ability to live with HER. The disaster is happening right now and the animal people are going, protected by the shackles of radiations. Protected in the caverns of Nookomis waiting for a parasite to exhaust its self and to retrun one day without the assistance of a terminally-uniqe and egocentric civilized man.

Am I a oonabaW? I tell that if we keep staying dazzled by the fire of progress we will disappear.
I talk for the Thunderers: “Porc”, “Cow”, “Chicken”. So that the People may live agian.