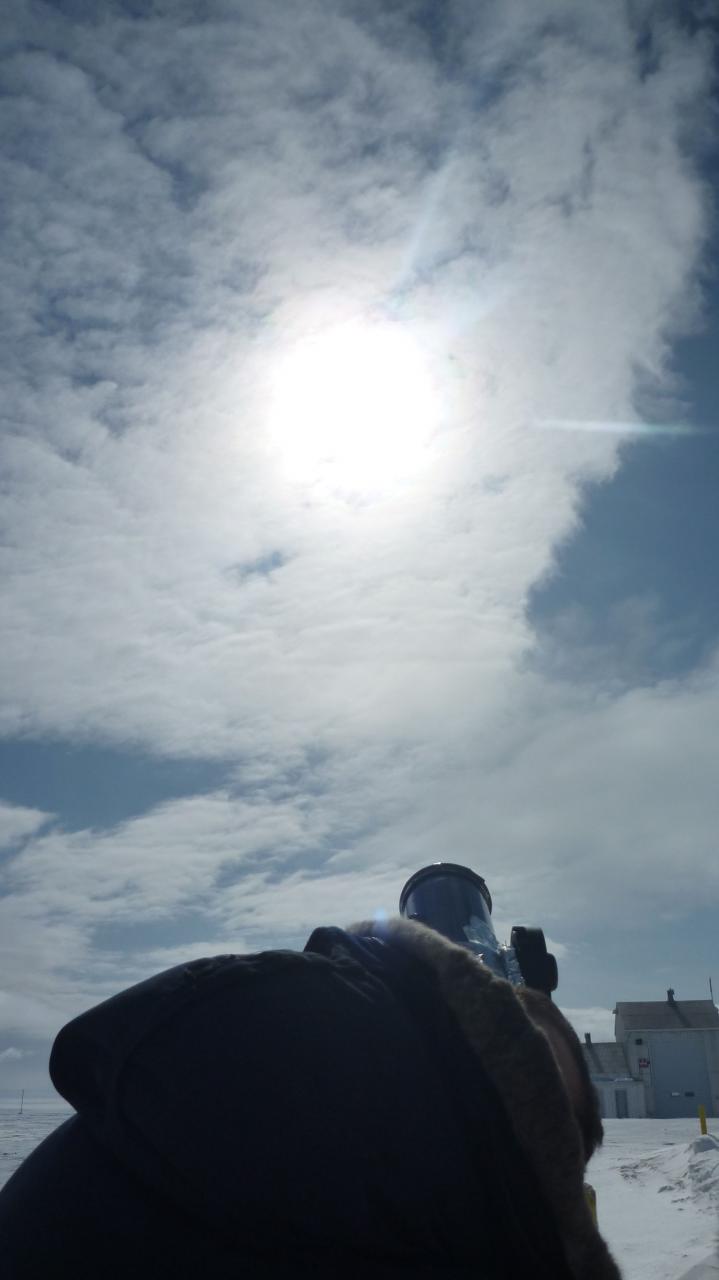 The Earth Has Shifted

We've just arrived in Iqaluit - the capital of Nunavut - after having been in Resolute Bay for almost two weeks. Resolute was an incredible place and we were met with so much hospitality from the locals.

Our crew went to the floe edge with two amazing women hunters - Tabitha and Tagga - and we enjoyed eating caribou, narwhal muktuk and bannock. These women were so great; equally welcoming and gentle and tough and hardy.

In the interviews, we heard many important stories and observations, and one that keeps coming up is that the "earth has shifted". Consistently, across the landscape, we are hearing from Inuit that the sun, moon and stars have changed their position in the Universe leading to the conclusion that the earth has shifted on its axis. Days are also getting longer and the sun appears higher in the sky.

Interestingly, in my nearly decade long experience in the Arctic, I have actually seen the phenomenon that locals speak of. I began living in Pangnirtung in the summers of 2001 and at that time 24 hour daylight would end in the first couple days of August. However, now, the dusky night sky arrives about a week later. This is something that all Inuit are interested in and talking about.

In our quest to understand more about what we're hearing, we conveniently met with local Resolute meteorological observer Wayne Davidson (see photo). Wayne has been documenting weather and climate patterns in the Arctic for 30 years while measuring the height of the sun at the horizon. Wayne is only one of a few experts in the world studying this, taking photographs and measuring how the sky is changing. Check out his website for details: Extremely High Horizon Refraction.

Wayne is convinced that Inuit are at the "cutting edge of science". Their observations of changes to the sun directly measure the increase in greenhouse gases and associated warming of the planet. Importantly, Wayne was quick to state that this knowledge is impartial, as Inuit have no vested interest like many scientists, corporations and governments. Straight from the heart observations indicating that our world is indeed changing. No doubt, a major shift in our global mindset is going to be required to remedy humanities relationship with the earth.