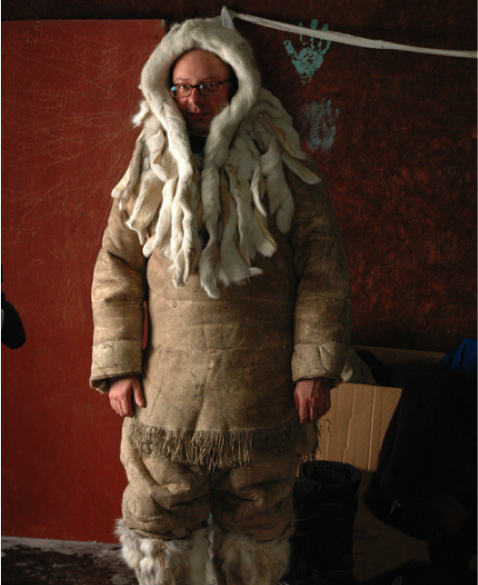 The first thing that hit me was the light. It was late afternoon when I arrived in Igloolik, but the light was so bright and pure; the sky was the palest, clearest blue I'd ever seen. I spend a lot of my time watching movies, and movies are made of light, so I think a lot about this subject. It's different everywhere you go. Even between London and Cambridge, there's such a difference. But I've never seen light like it is in the Arctic.

That was one reason why I loved Atanarjuat so much: it had the most amazing light. I remember Zacharias Kunuk and Norman Cohn telling me that what I was seeing on screen was just a vague approximation of what was really out there. I didn't think much about it at the time - I was too busy enjoying the film - but they were right.

In all the years I've been writing about cinema for the Daily Telegraph, I've never felt so strongly about a film as I did when I saw Atanarjuat at Cannes in 2001. I remember whooping with exhilaration as the final credits went up. As well as doing my journalism, I was also programming movies for the Edinburgh Film Festival at the time, and programming Atanarjuat for Edinburgh was one of the most satisfying things I've ever done. The public response there was overwhelming. It was clear that other people were just as astonished by the film as I was; the question and answer sessions after the screenings were packed, and electrifying. I'll never forget legendary cinematographer Haskell Wexler coming up to Norman and complimenting him on his camerawork.

So when Zach and Norman invited me to come and visit Igloolik, I couldn't say no. It meant putting my life on hold for more than two months, and skipping Cannes this year - but once I knew they were shooting their new film, there was nowhere else I wanted to be. I had to see the place for myself; and I had to see how they did it, how they made such amazing work.

And now I'm here. I've been in Igloolik since last Tuesday, watching the preparations for the shoot of The Journals Of Knud Rasmussen. Of course, I've seen all kinds of different light and weather since I got here; every day's been different. I've seen snow so fine, it looked like tiny diamonds, shimmering in the air. But I've also been out in a howling blizzard, a total white-out, where I couldn't see two steps ahead of me on the road. I'm told this is just normal life in the Arctic; but for a London film journalist, the idea of making a movie in these conditions is something remarkable in itself.

I've been warmly welcomed everywhere I've been in Igloolik; people have gone out of their way to be helpful, and I'm very grateful for that. As well as their hospitality, I've been impressed with the energy and resourcefulness of the people I've met here. The Isuma offices are modest in size - a simple two-story building - but there's a tremendous sense of purpose. Even during the blizzard, actors were making their way to the Costume Shack, to try on Michelline Ammaq's costumes. They looked amazing, and when they displayed their gear to a public audience at a fashion show on Friday night, it was clear to everyone there that this movie was going to look fantastic.

But nothing we've seen yet can compare to what will happen when the shoot finally gets underway. That's what I'm here to witness. It's all starting tomorrow - and personally, I can't wait.