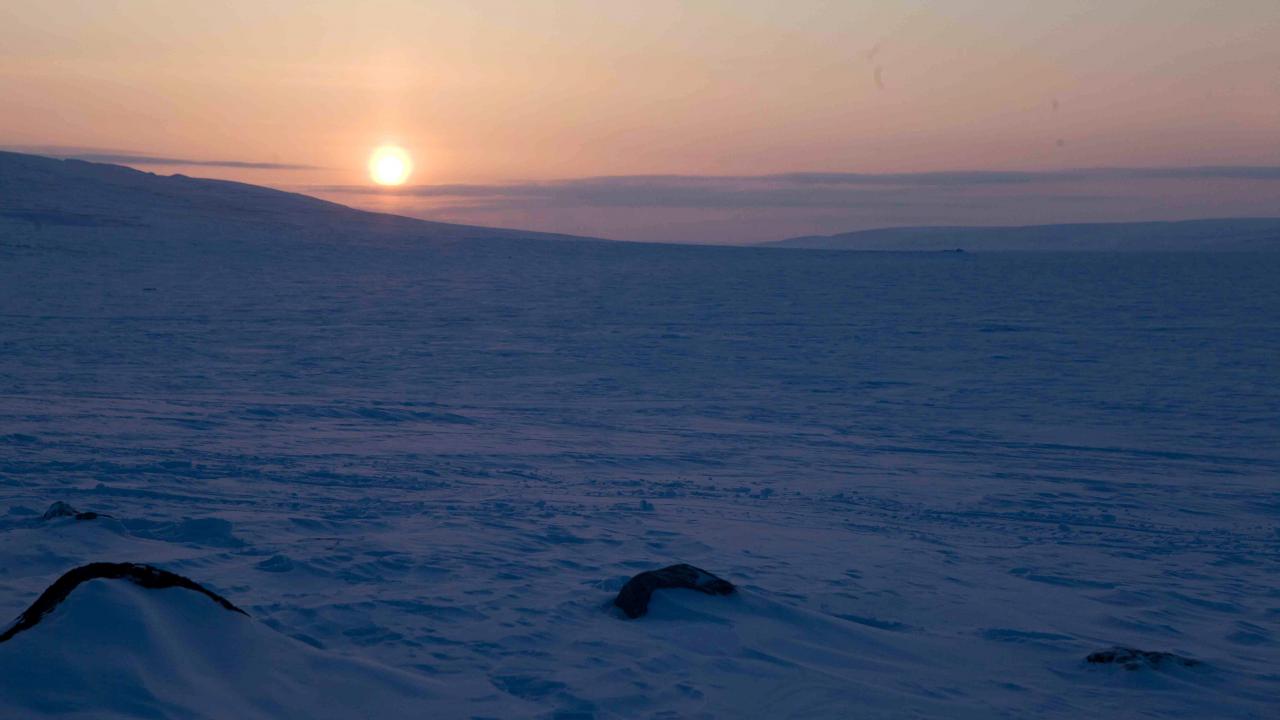 For over 4,000 years Inuit have lived in the Arctic regions of what is now Alaska, Canada, and Greenland. We used to live in large families and small groups, following animal migrations (seals, whale, caribou, walrus muskox, fish and birds).

In the winter we lived in igloos, and in summer we lived in animal skin tents and large sod houses. Passing down our knowledge and history through oral storytelling, we were experts in surviving one of the world’s harshest climates. Everyone in the group had an important role to play. It was in the 1700s that our traditional life began to change. European whalers came, and we traded goods with them. But the whalers hunted the whales almost to extinction, and gave us deadly diseases like measles and tuberculosis.

In the 1800s and 1900s the Hudson’s Bay Company arrived. We hunted and trapped to trade for money and goods such as guns and other metal tools, tobacco, cloth, and other commodities.

During this time we still lived on the land, until the 1940s when the Canadian government started forcing Inuit to move into towns. Many people’s sled dogs were killed to force them to live in town. Many children were sent to residential schools, far away from their families. The government did these things to try and assimilate us into “mainstream” Canadian society.

Within four generations we went from living self-reliantly on the land, subsisting solely on our local resources, to living in modern communities with television and Internet.

These rapid changes have not come without social and cultural challenges, but we have always taken pride in our ability to adapt to new situations.Today there are approximately 60,000 Inuit living in Canada. The Inuit of eastern Canada have their own territory, Nunavut, created in 1999.

Like Indigenous people everywhere, we strive to find ways of balancing our ancestors’ traditions, culture, and language with the realities of what it means to be Indigenous and a citizen of the world in the 21st century.

For more information about Inuit on isuma.tv:

Inuit Culture Education on IsumaTV – “How We Live”