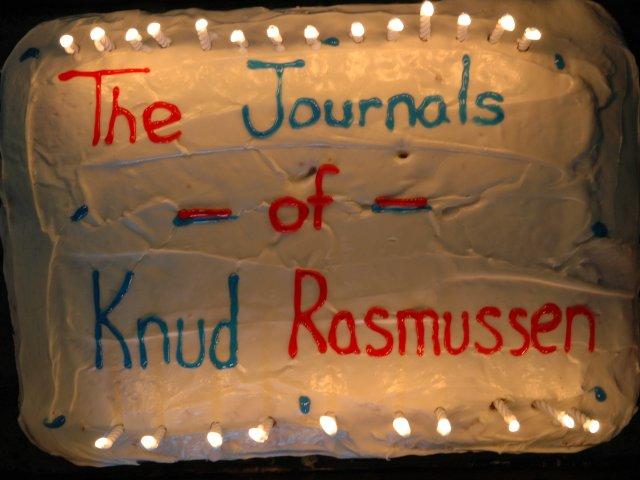 Yesterday we wrapped the shooting of The Journals of Knud Rasmussen. Cast and crew have returned to Igloolik, though some people have stayed behind to begin the long task of dismantling the Siuraajuk base camp.

The last of the Danish actors, Jakob Cedergren and Kim Bodnia have left. In fact Jakob is on his way to the Cannes Film Festival, where one of his films is screening this weekend. It will certainly be quite a culture shock to fly from the snow-encrusted High Arctic straight to the beaches of Southern France!

Everyone seems exhilerated and proud to have finished this project. Each of our three weeks at Siuraajuk seemed like completely differently lives - getting better and better as time passed. Near the end, the mood in camp was quite celebratory and up-beat.

It was as if once the more typical elements of a Hollywood-style film crew fell away out on the land, Inuit style leadership had more room to breathe and flourish.

And that is what is Isuma is all about, after all - letting Inuit style come through in our creative process and in the final product you see on screen.

Live from the Set also wraps up as we end production on the film. The full SILA website, with all its bells and whistles will be launched next fall, so stay tuned for developments and updates.

Thank you for being our virtual on-set guest. Our warmest gratitude to all those of you who emailed us with your comments and words of encouragement. Many of you told us you followed the site everday! It has been great fun having you along for ride.

So until next time - Qakuguttauq!