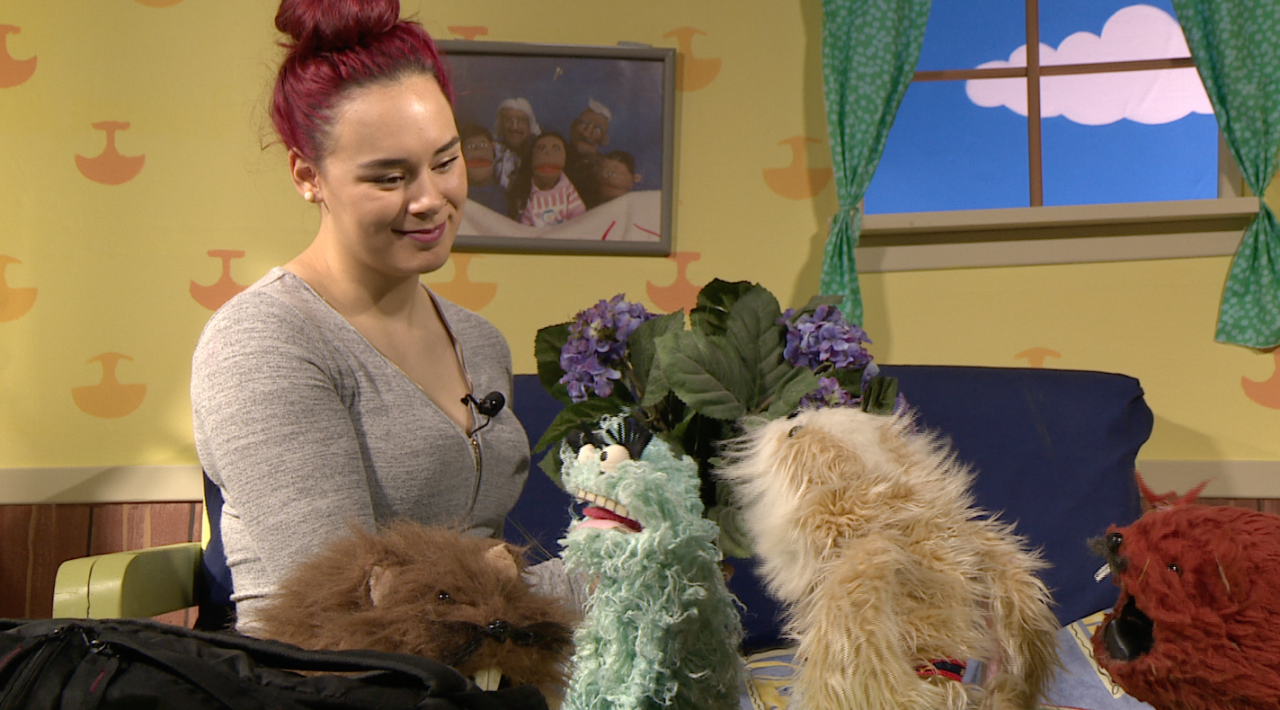 Takuginai (Look Here): This is the only Inuit language series in North America directed at Inuit children. The series features the likes of "Johnny" the lemming and other locally made puppets and young hosts. Takuginai educates Inuit children with cultural values such as respect for elders, sharing and patience and having fun in the process. Takuginai also teaches basic literacy skills such as Inuktut numbers and syllabics. For more appeal, the use of animation in episode segments has been increasing.
Takuginai was created for the five to seven-year old age group; however, the show is enjoyed by people of all ages. In 2016-17, 26 15-minute Takuginai programs are in production. IBC continues to increase Takuginai’s focus on Inuktut education and further aligning its curriculum with that of the kindergarten and grade 1 curriculum of the Nunavut school system.

Each webisode features a main story with the Takuginai puppet family including Johnny the lemming. These humourous stories reinforce Inuit cultural values while featuring the natural speaking rhythms of Inuktut.

These episodes include segments designed with our youngest audience in mind. Many of these simple educational segments explain words, numbers and syllabics for early language learners. Other educational segments teach Inuit games or tools traditionally used by Inuit. The webisode format emphasizes and encourages interactivity.