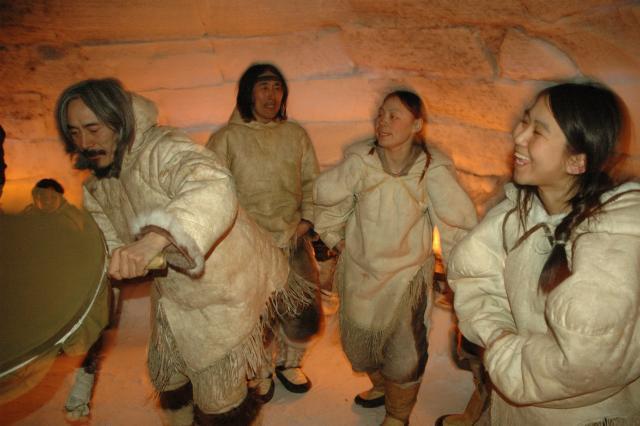 The Art of Community-Based Filmmaking

Norman Cohn (b. 1946, New York) is secretary-treasurer and co-founder of Igloolik Isuma’s collective.

I am Isuma's fourth and only non-Inuit partner. I came to Igloolik in the mid-80's to meet Zach and Apak, whose early videos I had seen by accident in Montreal. I was looking for a context in which to work that was more serious than the exclusively self-referential world of contemporary video art. I found partners with similar vision and shared goals despite wide cultural differences. I stayed to live and co-found Igloolik Isuma Productions.

As a marriage of art and politics, Isuma's videomaking synthesizes several related themes in a new way. First, Inuit oral storytelling is a sophisticated mix of fact, fiction, performance, improvisation, past and future which has maintained Inuit culture successfully through art from stone age to information age. Second, being colonized offers artists a fertile reality for original progressive self-expression. Third, the invention of low-cost video at the end of the 1960's enabled people from Harlem to the arctic to use TV as a tool for political and social change in local communities. Fourth, after thirty years 'alternative' film and video finally moved from the margins to the mainstream as techniques pioneered by filmmakers like John Cassavetes, Peter Watkins and Leacock-Pennebaker, and by guerilla video groups like Ant Farm, TVTV and Vidéographe now show up in the 1990's as shaky-camera bank commercials.

For four millennia Inuit have refined cooperation as a medium of production and survival, valuing consensus and continuity over individuality and competition. As a collective Igloolik Isuma Productions arrives at the millennium practicing respectful cooperation as a formal element of our media art. We implant these values - our collective process - in our filmmaking practice; community support and participation are qualities of production we make visible on the screen. We extend these same values to cross-cultural collaboration. As artists bridging the past and future we practice a third way, different from either the Inuit way or the Government way, two solitudes separated by centuries of fear and mistrust since Columbus and Frobisher 'discovered' the New World. Inuit skills of working together join with southern ideas of community videomaking in a new model of professional production that can change TV.

More from this channel: Our Style