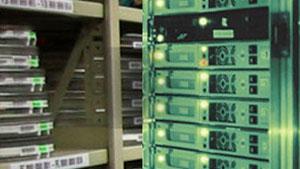 This is Taz Morgan, the Media Archive Intern at WITNESS. Teague Schneiter thought the IsumaTV community would be interested in this post that I wrote for the WITNESS blog.

From November 12-14, I attended a symposium called “Reimagining the Archive: Remapping and Remixing Traditional Models in the Digital Era” at the University of California, Los Angeles. The Symposium was organized by the UCLA Film and Television Archive, the School of Information at UCLA, INA (Institut Nationel de l’Audiovisuel, France), and Ina SUP European Centre for Research, Training and Education on Digital Media. Serving as a forum to discuss new directions for archives, in particular ones with moving image collections, in the age of Web 2.0, remix, and digital culture, the Symposium brought together archivists, scholars, creative artists, and professionals from private and public cultural organizations

The tone was set on Friday evening with Rick Prelinger’s animated keynote presentation, in which he spoke about the dynamic nature of moving image archives as sites of creation, participation, artistic practice, and activism rather than as places where content goes to die. New archival practice in the digital era, according to him, ”…needs to be social, public, transparent, collaborative, and decentralized.” In the spirit of knowledge sharing and openness, Prelinger made his slide presentation freely available online.

Throughout the weekend, presenters also revisited a statement made by Prelinger that archivists need to advocate for archives and for the content (data) they hold. In the digital era, the widespread distribution of media could theoretically de-value archival footage and render archives obsolete. However, this is far from reality. Archives are in powerful positions in this world of media-inundation because they often hold the highest quality versions and manage valuable contextual information in metadata descriptions. Julia Noordegraaf, Assistant Professor at the University of Amsterdam, and Jillian Cuellar, Processing Archivist at NYU, both emphasized how archivists are valuable as editors of context in the digital era as opposed to the traditional model of archivists as custodians of content.

A number of presenters played with the symposium’s name, saying that it is not enough to reimagine the archive. Archivists and users must also be reimagined. For example, Cuellar demonstrated how archivists use social media to engage users as more active participants. Cuellar also stressed the importance of sharing knowledge with users in order to foster relationships and to increase visibility of archives. Cuellar cited NYU Library’s blog The Back Table and our own Grace Lile’s twitter account as examples of archival outreach. Through these platforms, archivists also become self-reflective about their work, enriching dialogue and social engagement within the field and the general public. Erin Riesland, Education Technologist at the USC Shoah Foundation Institute demonstrated how the archive reaches new users through educational initiatives that utilize new technology. She presented a demo of iWitness, an online application that brings Holocaust survivor testimonies from the archive into classrooms, which will be launched in 2011.

The panel “Archives, Knowledge & Power” on Saturday afternoon was a highlight of the Symposium for me. The three presenters – Sarah de Rijcke of Virtual Knowledge Studio, Ricardo Punzalan, PhD candidate at the School of Information at the University of Michigan, and Noah Shenker of the Virtual Museum of the Holocaust at McMaster University – discussed how archives are shapers of knowledge. We often think about the power of moving images to tell stories, but we also need to be cognizant of how archives create narratives. Archives tell institutional stories – they are situated and constructed within location, culture, and history.

Sarah de Rijcke discussed how the database system at the Tropenmuseum in Amsterdam inscribes a hierarchical ordering of objects within the museum’s collections. Ricardo Punzalan presented on colonial archives and efforts to digitally repatriate photographs of indigenous people taken by Dean C. Worcester in the Philippines between 1890-1913. Noah Shenker spoke about archived audiovisual testimonies. Furthermore, he criticized the use of the Holocaust as the moral authority on genocide, and in particular, examined the ethical implications of an internship program sponsored by the USC Shoah Institute where three staff members from the Documentation Center of Cambodia (DC-Cam) visited the Institute to learn about collecting, cataloging, and disseminating testimony. Rather than superimposing the model for recording and collecting Holocaust survivor testimonies onto the documentation of the Cambodian genocide, Shenker argued for greater historical and cultural specificity.

Shenker also addressed the complications of personal memory in testimony documentation. He described one testimony in Shoah’s Visual History Archive, in which a survivor said she heard a conveyor belt that transported bodies in the concentration camp. However, historians have found no evidence of any such conveyor belt in this camp. Since testimonies walk the line between truth-telling and myth-making, how can archivists facilitate ‘archival literacy’ so that users know how to be critical and interpret resources for themselves? I think Shoah’s transparency in its decision-making, such as posting its cataloging methodology online, gives users the kind of information to draw their own conclusions about the integrity of the resources provided to them.

For me, the sign of a successful conference is leaving with more questions than I arrived with, and this certainly was the case when I left UCLA on Sunday afternoon. As a student and young archivist, I’m excited about the future of the field and see that the collaboration and discussion fostered by these kinds of conferences will turn the challenges of today into future opportunities for experimentation and creation.

More from this channel: The DIAMA Blog