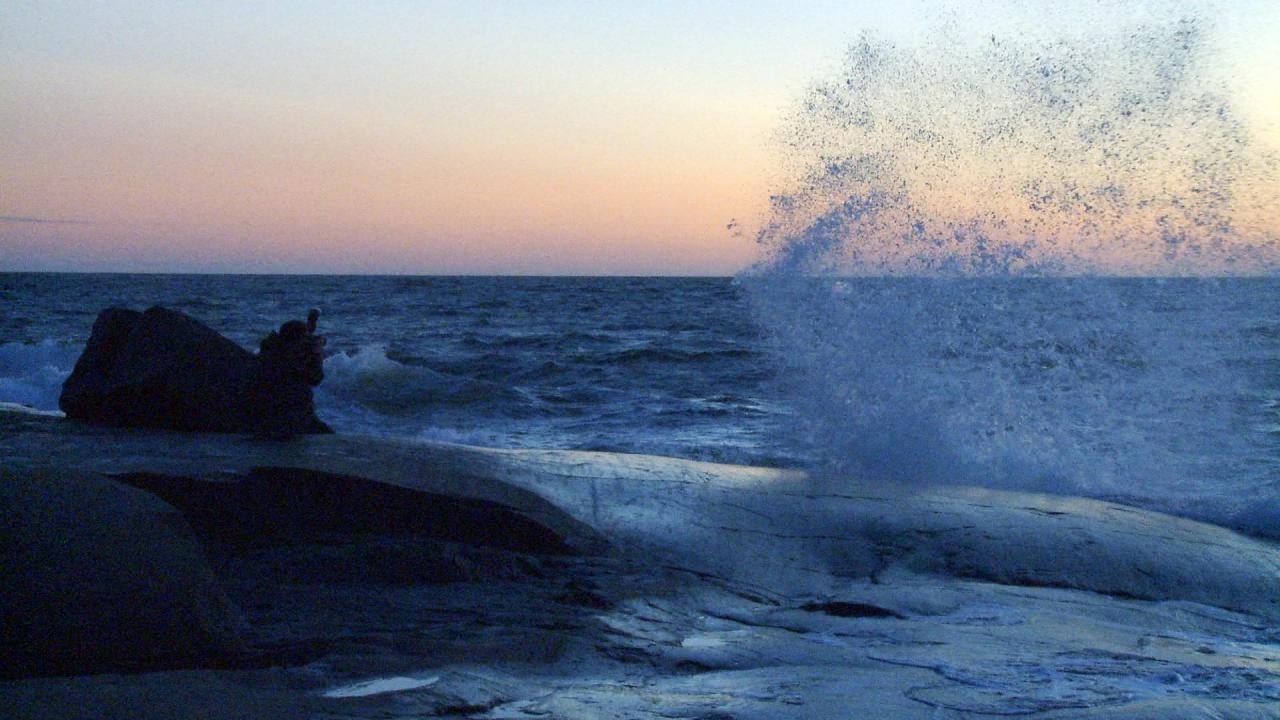 Hearing discussions on the Mary River project’s second day shifted focus from wildlife and environmental impacts to the project’s potential ramifications on individuals and communities; after a three-hour examination of the miner’s accident and emergency response plans, Baffinland introduced the panel that would determine whether all of the previously reviewed negative impacts will be worth it: socioeconomic impacts and benefits.
But first the panel discussed a few final contentious topics: the overwintering of fuel at Steensby Inlet and Baffinland’s fuel spill response plans.

Overwintering of Fuel at Steensby Inlet:
To support early construction at the mine site, Baffinland is proposing the winter storage of 20,000 cubic metres of Arctic diesel fuel—enough to sustain operations for 16 months, but to be used between October and July, when Steensby Inlet is covered in ice. The request is not entirely new: Baffinland applied in 2012 to store fuel over the winter at Steensby in a fuel barge—and was denied—but says that overwintering the fuel vessel itself will be much more secure, since it is double-hulled and equipped with 12 to 14 separate fuel tanks. “Only a missile strike could breach it,” said Baffinland environmental consultant Fernand Beaulac.

Still, QIA said “winter storage of fuel in a vessel over the winter is considered high risk and goes against the desires of Inuit.” If Baffinland insists on storing fuel over he winter at Steensby, QIA requested that Inuit monitors be employed solely to watch the vessel for fuel leaks. Baffinland didn’t commit, insisting its ships’ near-un-breachable design and on-board leak detectors make the possibility of a spill “very low.”

When NIRB board member Allen Maghagak asked whether Baffinland has studied the winter currents in Steensby Inlet, Baffinland’s Michael Zurowski said, “Of course we know. We wouldn’t dock the vessel there if we didn’t know,” and then added, “The currents are not as strong as, say Fury and Hecla Strait [to the south]…. It will be able to withstand ice freezing.” And in the worst-case scenario, “the polluter pays.”

Again, Baffinland concentrated on the low likelihood that a fuel or oil spill will occur at any of the ports or along the shipping route. In addition to the double-hulled multi-fuel compartments, leak detection devices, collision alarms and radar, Baffinland has conducted bathymetric surveys of Steensby Inlet along a 6km-wide swath of shipping route. Even if the ship deviates two km from the shipping route in either direction, the topography of the sea floor is well charted.

If a collision, leak or grounding does occur, it has emergency response teams employed at the site to react to shipping accidents. Considering it would take about 35 hours for an ice management vessel (IMV) to respond to an emergency at Milne Inlet, though, intervenors expressed concern that Baffinland hasn’t developed a thorough enough spill contingency plan or clear enough idea of the potential effects of a fuel spill on any of the ports’ marine mammals.

Baffinland agreed it needs to conduct more baseline studies on seabirds and marine mammals to determine how they would respond to a fuel spill in Steensby Inlet, and said it is currently working with Environment Canada to conduct those studies and incorporate them into its spill contingency plan. Baffinland also committed to better develop its response plan to deal with spills under ice: “We recognize that the [current contingency plans] aren’t great for under ice, but we have research going on to deal with fuel under ice, to develop those techniques that will use best management practices should there be a fuel spill.”

Vice president of sustainable development Erik Madsen momentarily broke the pattern of monotone speakers that has translators pacing in frustration to address taxes and royalties. Taxes on the project, comprising 13% of the mine’s total revenues, will come from a) income taxes on corporate profits, b) taxes based on labour and input of materials, such as employee income, payroll taxes and fuel taxes, and c) property taxes. Baffinland expects the mine to generate between $3 and $5 billion for the federal treasury and upwards of $2 to $5 billion in taxation and royalty payments to the government of Nunavut and NTI, paid through Aboriginal Affairs and Northern Development Canada (AANDC). Any financial agreements made in the IIBA will supplement these estimates.

Baffinland expects to hire between 800 and 2,700 workers in the construction phase and 950 during the mine’s operation. Human resources consultant Anne Pearce said the company is committed to hiring Inuit workers at all levels of the company and will ensure Inuit are hired through training programs, multiple points of hire and liaison officers to answer questions and help with resume-writing.

Baffinland has already sponsored Arctic College programs in Igloolik and Pond Inlet and visits high schools of impacted communities regularly, donating laptops to new graduates, but specific targets, being negotiated in the IIBA, are confidential, and could not be discussed.

Again, Baffinland said it is committed to boosting the small baseline business sector in North Baffin Island through Inuit contracting and subcontracting opportunities. Specific targets for the proportion of Inuit to non-Inuit contractors, and what exactly is an Inuit-owned company for the purposes of the project is confidential, as it’s being discussed in the IIBA.

In response to concerns raised at the technical hearings that the mine will drastically change the composition of the communities closest to the mine site, Baffinland determined that the fly-in fly-out nature of the project, coupled with the fact that southern workers will be transported straight from southern points of hire to the mine site, will keep communities safe from massive influxes of southerners. And since the most impacted communities will be the first points of hire, workers won’t flee to what Baffinland consultant Doug Brubacher said locals call “the land of opportunity:” Iqaluit.
GN assistant deputy minister Paul Suvega brought up a hoped-for benefit in almost all of the impacted communities: housing. “Given that housing remains a major issue in communities, does the proponent have anything in mind should new problems occur?” Baffinland promised to “discuss and continue assisting this area, possibly.” When NIRB board member Kaviq Kaluraq pressed the issue, asking “aside from the Northern living allowance, are there any other incentives for community members to stay in their communities?” Pearce deferred the question to later discussion.

While the first day of discussion concentrated on risks to Inuit traditional food such as caribou, birds, fish and marine mammals, Baffinland stressed that increased income among workers and beneficiaries might have an indirect effect on their opportunities to hunt, making snowmobiles, ATVs and fuel more affordable.

NTI lobbed an easy question at Pearce, asking how Baffinland will deter alcohol consumption at the mine, to which she answered Baffinland has seen no breaches in its zero-tolerance drug and alcohol policy in two years.

At the end of QIA’s question period, president Okalik Eegeesiak made a broader comment on impact mitigation: “I’d like to see more benefits to the Inuit; I’d just like to add that…. If the Baffinland project proceeds, I’d like to see centres for drug and alcohol addictions, housing, health centres, more funding. Would Baffinland consider more flexible schedules and alter the two-week-in, two-week-out schedule? Would Baffinland support intercommunity shipments of country food?” Baffinland said it would consider altering the work schedule, refused to commit on shipping country food between communities or infrastructure support, and funding for individual communities is being discussed in the IIBA.

STATUS OF THE IIBA:

Madsen concluded the socioeconomic impacts discussion with an update on the status of the IIBA. “Documents are now in the hands of the respective counsels for QIA and Baffinland, who are working toward resolution of issues and execution for text of legal parties,” he reported. “In a joint statement filed to the board on Sunday, the QIA and Baffinland jointly request that NIRB complete the final hearings associated with the Mary River project as currently scheduled.”