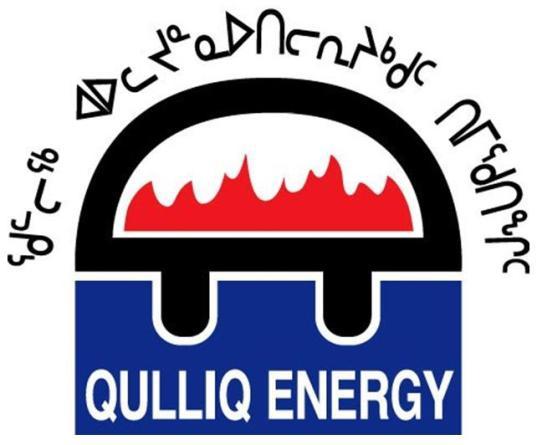 The Qikiqtani Inuit Association and the Community Lands and Resource Committee in Iqaluit said Sept. 25 that they oppose Qulliq Energy Corp.’s plans to develop a hydroelectric project at Nunngarut (Armshow South,) a popular hunting and camping area close to the Bay of Two Rivers.

The QIA said it “encourages” the power corporation to look for alternative sites in the region that can potentially be used to hydro development.

“The initial plans to build a dam at Nunngarut was opposed by many in Kimmirut and Iqaluit as it is a place that is frequented by Kimmirummiut and Iqalummiut for fishing and hunting activities. Travelling between Iqaluit and Kimmirut would also be threatened as the lake at Nunngarut is the only viable route to cross.

“For these reasons we have concluded that the impact on Inuit would be too great,” said Simon Nattaq in a news release.

Nattaq chairs Iqaluit’s Community Lands and Resource Committee, or “CLARC,” which advises about land management and development on Inuit-owned lands.

Under QEC’s proposal, they would build a hydroelectric dam at Jaynes Inlet first, and after 2030, build a dam and power station at Armshow South.

But the QIA said in a Sept. 25 news release that it will not approve any permits to build at Armshow South, which is partially located on Inuit-owned lands and within Katannilik Territorial Park.

The CLARC and QIA say they want the QEC to resubmit their hydroelectric project proposal without the Armshow South dam component.

The QIA announcement follows a Sept. 10 consultation with the Nunavut Impact Review Boardd where Inuit elders said they feared the effects of a hydroelectric project near Iqaluit.

They also said at the meeting that QEC should negotiate an Inuit impact and benefit agreement with QIA.

“I believe we need an IIBA in the millions,” Nattaq said at that meeting.

On Sept. 18, the QIA provided comments on QEC’s hydroelectric dam proposal, which is currently under a Part 5 review by the NIRB.

In the letter, the QIA said it would support community members’ opposition to the proposal due to the location. And QIA said the proposal should to be sent back to the QEC for changes.

The power corporation has been planning a hydroelectric project near Iqaluit since at least 2005.

The latest version of the QEC’s plan would see them spend up to $450 million on two dams and power stations over the next 20 years or so: the first at Jaynes Inlet (Qikirrijaarvik), about 40 kilometres from Iqaluit, and the second, planned for the decade following 2030, at Armshow South (Nunngarut) near the Bay of Two Rivers, 20 km southwest of Iqaluit.

Those sites would be connected to the city by at least 84 km of power lines.

Thank you for listening to our concerns QIA, there is too many concerns with damming this area, it is used so much I think there has to be more consultation before the green light is turned on.

Iqaluit will continue to suffer from economic and social problems as long as there are people who are opposed to change, for the sake of being of opposed to change, at every turn.  It’s not like there are a lot, if any, viable alternative sites for a project like this.

Had QEC argued for the opposite, I am nearly certain there would still be opposition. I feel like some organizations just put up roadblocks to be a part of things.

QEC: We do not want to build a dam at Armshow, we would rather continue to burn diesel indefinitely.

QIA: No, we do not support burning diesel, it is harming our fishing grounds. We want a dam at Armshow!

screw them..as a ratepayer, taxpaer and some one who pays for outrageous power bills..You have my permission to go ahead and build the dam there…thank you..

Calm down. The article states that QIA encourages Qulliq to look for alternative sites. It can still be worked out, no need to be negative. It’s better if it’s put in place and is well thought out and planned.

This hydro project has been tossed around for years & countless dollars have been spent to determine that this was the best option for Iqaluit. Diesel forever I guess. That’s good for QIA though as they own Uksuq & deliver the diesel!

I wonder how much research/critical thought went in to this decision by CLARC. I also wonder how many folks on CLARC actually pay the residential rate for power bills, vs. the heavily subsidized social housing rate that’s 1/10th the cost.

Nunavut, where we take an ulu to our nose in spite of our face.

@WhiteDove It’s been planned out for “8 years”.  It’s fine to “say” they encourage alternative sites, but realistically there are only so many sites you can feasibly put a hydro electric dam.  I have little doubt the same arguments will be used to oppose those sites as well.

I totally agree with commentors 3 & 4

It would be nice to research what QIA’s position on the matter had been in the past.  With the amount of time and money spent on consulting and researching this issue, I am sure they were consulted a lot of time.

On the other hand , guess what!! there will always be an area that is dear to somebody and there will always be a river that someone is using for fishing and recreation. So if we go at this that way nothing will ever get done.
Let’s make a political decision once and for all or close the coffin forever and stop wasting time and energy on this.

People who don’t pay for power nix a project they don’t understand. Great. Iqaluit will burn dirty expensive diesel forever. Thanks for nothing QIA.