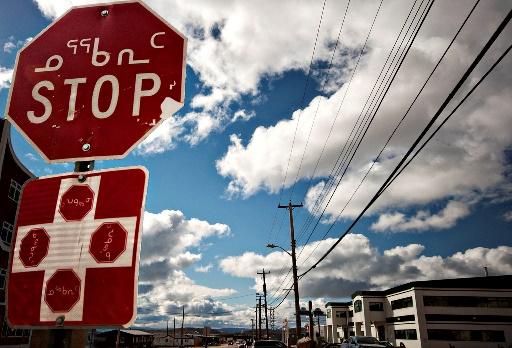 QIA sends Nunngarut dam back to review board

A proposed hydroelectric dam between Kimirrut and Iqaluit should be scrapped because it would sever a heritage route that has connected the communities for generations, according to the Qikiqtani Inuit Association (QIA).

The QIA's Community Lands and Resource Committee in Iqaluit is opposing Qulliq Energy Corporation's plan to develop a 25-metre hydroelectric dam at Nunngarut, approximately 20 kilometres southwest of Iqaluit. The site is partially located on Inuit-owned lands and within Katannilik Territorial Park.

The proposed development would threaten wildlife and disrupt the Kimirrut trail linking the community with Iqaluit, according to Simon Nattaq, QIA lands and resource committee chairperson in the capital.

“The initial plan to build a dam at Nunngarut was opposed by many in Kimmirut and Iqaluit as it is a place that is frequented by Kimmirummiut and Iqalummiut for fishing and hunting activities," Nattaq stated in a Sept. 25 news release. "Travelling between Iqaluit and Kimmirut would also be threatened as the lake at Nunngarut is the only viable route to cross. For these reasons, we have concluded that the impact on Inuit would be too great."

The corporation is proposing to build two hydroelectric dams, beginning with phase 1 at Qikirrijaarvik, approximately 40 kilometres south of Iqaluit, followed by phase 2 at the Nunngarut site, which would tap into the same grid. The project is in the midst of a review by the Nunavut Impact Review Board, after it completed screening in July.

Nunavut Tourism expressed concerns about potential damage to the popular tourist area, while supporting the corporation's search for greener energy, in a letter to the Nunavut Impact Review Board in March.

"We want to encourage that the multiple uses of this area be considered and the project proceed in a manner that will allow these uses to co-exist, with minimized impacts on each other," states chief executive officer of Nunavut Tourism Colleen Dupuis in the letter.

On Sept. 18, the QIA called for the proposal to be returned to the review board for modification, including the removal of phase two of the phase-two dam, and encouraged the corporation to explore alternative sites for potential hydroelectric development in the region.

-- with files from Lyndsay Herman