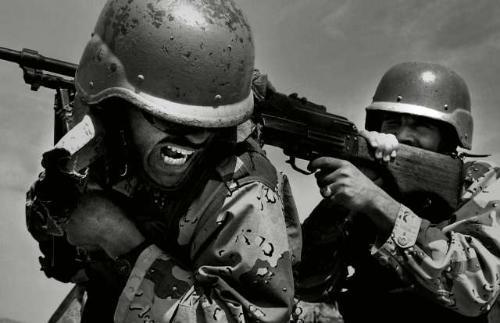 Part 2 of a 3-part radio documentary series, Path of Destruction: Canadian Mining Companies Around the World describes how Canadian mining companies have been stoking conflict in the Congo, Guatemala, Canada and on an international scale. With Prince Kumwumba, Fausto Valiente, Edgar Godoy, Jim Harding, Chief Paula Sherman and Bob Lovelace.

Canada is the world's leading mining nation. Sixty percent of all public mining companies are listed on the Toronto Stock Exchange. About half of all mining capital is raised in Canada. Many Canadian mining companies have become notorious for damaging communities and the environment and fueling wars and repression all over the world. The Canadian government has refused to hold these corporations accountable leading to international criticism of Canada.

Just as European settlers created Canada by stealing and plundering native land, its mining companies today continue these practices at home and abroad. This colonialism and neocolonialism is what Canada is all about.

Other Episodes (30-minutes each):

Part 1: “Damaging Communities and the Environment” focuses on the drastic effect Canadian mining companies have had on indigenous peoples in Canada and Papua New Guinea. With Chief Arthur Pehtategoose, Kathleen Naponse, Jethro Tulli and Mark Ekepa.

Part 3: “Who Benefits?” details the enormous benefits that Canadian mining companies get from their operations and from government support. With Joan Kuyek, Jamie Kneen, Karyn Keenan, William Sacher and Edgar Godoy.

Email Asad Ismi at aismi@can.rogers. com or Kristin at kschwartz.toronto@gmail.com to respond.