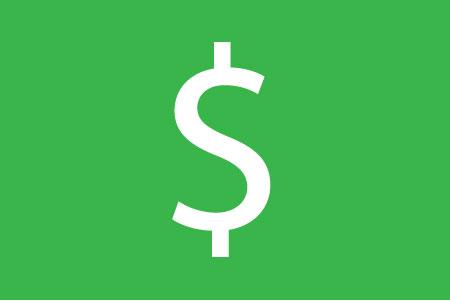 Greenwashing the Games: The Olympics will leave a gigantic footprint on the city

More than two-and-a-half years have passed since the “Battle of the Bluffs”, when 23 protesters were arrested by West Vancouver police for blockading the expansion of the Sea-to-Sky highway through the Eagleridge Bluffs.

The protest was especially notable for the jailing of two elderly protesters, Betty Krawczyk and Harriet Nahanee, who refused to apologize because they believed it was senseless environmental degradation for the sake of the Olympic Games. (Nahanee contracted pneumonia in prison and died a week after being released.)

While the highway expansion was a capital project, the International Olympic Committee required its expansion if Vancouver wanted the Games. Destroying part of the Bluffs for the Olympics seemed hypocritical to many, given that Olympic organizers promised the 2010 Winter Games would be the “greenest Games ever”. Almost three years after protesters were dragged away in handcuffs, Vanoc has not accomplished much in the way of building a sustainable legacy.

In the book Five Ring Circus: Myths and Realities of the Olympic Games, Chris Shaw figures the carbon count for Olympics-related construction could be as high as 2.89 megatons of carbon dioxide. One staggering study estimates that the Vancouver Olympic Games will emit more carbon than the annual emissions of 77 different countries.

Incredibly, a two-week Winter Games could emit more carbon dioxide output than the entire yearly output of Armenia. Despite these worrisome signs, Vanoc and the provincial government still believe the Games will set a new standard for sustainability. Olympic organizers love to talk about the Richmond Oval, a venue that has a 2.6-hectare wooden roof constructed of salvaged pine beetle wood. For its energy efficiency and unique use of rainwater in irrigation, it was awarded a silver LEED (Leadership in Energy and Environmental Design) certification, making it Vanoc’s crown jewel of sustainability.

While the venue is a wondrous example of architecture, it doesn’t detract from the negative environmental impact of the Games. Greenwashing is a term that describes when a company or government exaggerates exaggerates their eco-friendly claims to persuade the public that their product is not a detriment to environment. Olympic organizers have regularly spun its green approach to sell the 2010 Games to the public.

Take the changes to Vancouver’s taxi fleet. The province’s Transportation Minister, Kevin Falcon, is adamant about greening the taxi industry in time for the Olympics.

The municipal governments that hand out new taxi licenses are only giving them to hybrid cars from now on, but the industry still has a way to go before a fleet will be hybrid.

A recent report from BC Passenger Transportation Branch, estimates more than one million spectators and thousands of athletes and officials will attend the Games and will need to be taken to venues across Vancouver and Whistler. Even with hybrid taxis, the sheer number of people on the road will mean gridlock and more carbon dioxide in the air. Simply put, it’s not a question of the types of vehicles on the road. We do not have the infrastructure and public transit to get people out of their cars.

Look at what happened during the winter storm last December—buses were rerouted, taxis were woefully inadequate and driving on highways was reduced to a crawl. In the end, most people stayed home to avoid the chaos.

Now staying home would be a great way to help the environment. If only we could have that kind of forward thinking for the 2010 Games. Then we could really say we reduced our carbon footprint.

*Vancouver begins process of finding funds for 2010 Olympic athletes village:
Chris Shaw, an activist with 2010 Watch and a member of the Olympic Resistance Network, spoke to council during debate on the report, calling the village construction problems "a scientific experiment gone bad." Shaw, who has criticized numerous Olympic issues, suggested that the athletes village take on a higher component of social and affordable housing after the Olympics to ease the problem of homelessness. He urged councillors to approach the provincial and federal governments for financing, selling the idea as a significant way for those governments to deal with homelessness.