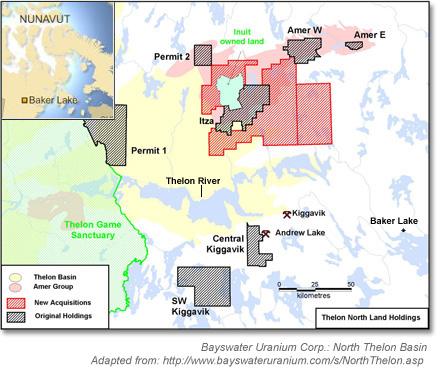 Dr Helen Cadicott and Gordon Edwards answer some questions from the audience in Iqaluit. In english and in Inuktitut.

Period of questions and remarks by the audience at the anti-uranium evening organized by Makita in Iqaluit Nov.18th.

Dr Isabelle Gingras is one of the doctor from Sept-Iles, Quebec, who vow to quit her job at the hospital of the region if uranium exploration and mining were progressing. She was in Iqaluit on November 18th to talk about the health hazards of the different steps of uranium exploitation. In English (audio Inuktitut translation to be uploaded soon).

On November 18th the organization Nunavummiut Makitagunarningit introduced anti-uranium activists to an Iqaluit audience. Here Sandra Inutiq, Chairperson of the organization opens up the presentation. In Inuktitut.

Herd of caribous near Baker Lake

Synopsis:Well, this one was a small herd Joan said, between 1000 and 2000 caribous roaming the tundra in front of Baker Lake; obviously we bothered them with the helicopter as we were trying to reach our camping spot. This is a reason why people are worried about more mining activities around Baker Lake.

What is integrity to people?

Links to Other Mining Websites

Terry Uyarak: "And I don't believe when they say "We have the most, efficient, cleanest mining in modern days" because I don't think there are any clean mines." Click more for transcription

- I heard they are making a road for this mining project. Did they start already? From where to where?