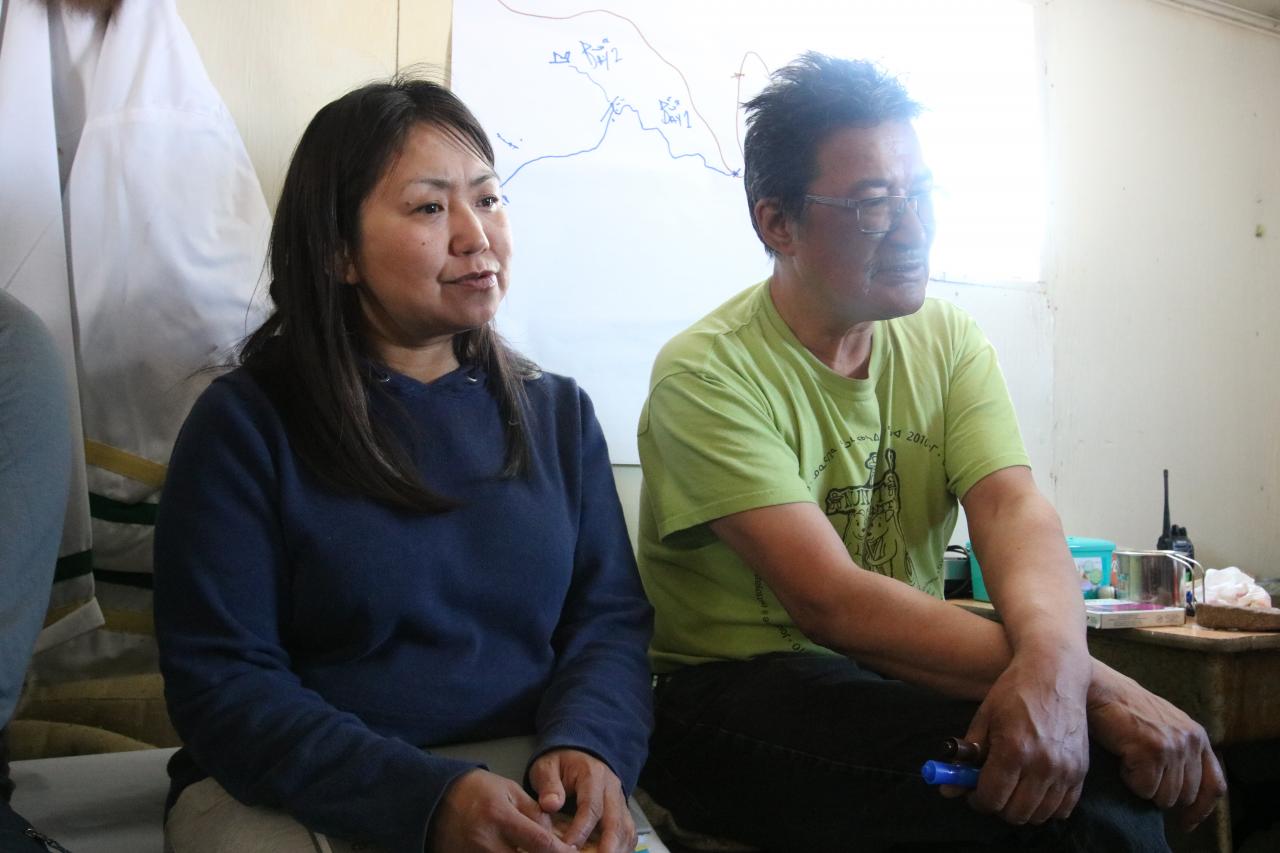 Born in 1957 in a sod house on Baffin Island, Zacharias Kunuk was a carver in 1981 when he sold three sculptures in Montreal to buy a home-video camera and 27” TV to bring back to Igloolik, a settlement of 500 Inuit who had voted twice to refuse access to outside television. After working for six years for the Inuit Broadcasting Corporation as producer and station manager, Kunuk co-founded Igloolik Isuma Productions Inc. in 1990 with Paul Apak Angilirq, Pauloosie Qulitalik and Norman Cohn. In addition to "Atanarjuat The Fast Runner", Kunuk has directed more than 30 videos screened in film festivals, theatres, museums and art galleries. He has honorary doctorates from Trent University and Wilfred Laurier University; is the winner of the Cannes Caméra d’Or, three Genie Awards, a National Arts Award, and the National Aboriginal Achievement Award, and the 2017 Technicolor Clyde Gilmour Award from the Toronto Film Critics Association. In 2019, Zacharias Kunuk represented Canada at the 58th Venice Biennale (with Norman Cohn). Zacharias Kunuk was named an Officer of the Order of Canada in 2015 and an Officer of the Order of Nunavut in 2019.

Lucy Tulugarjuk is an actor, creative performer, and the Managing Director of Uvagut TV and the Executive Director of the Nunavut Independent Television Network (NITV). Lucy is well-known for her performances in feature films, and was awarded Best Actress from the American Indian Film Institute for her performance in "Atanarjuat The Fast Runner", which won the Caméra d’Or and Genie Award for Best Picture in 2002. She is the co-writer and director of the 2018 feature film, "Tia and Piujuq", which premiered at the Carrousel Children’s Film Festival and the Boston Kid’s Film Festival, and won the Jean Malaurie Prize at Festival du Film Canadienne in Dieppe, France. She was assistant director for Zacharias Kunuk’s most recent film "One Day in the Life of Noah Piugattuk" (2019), which was featured at the Canada Pavilion in the 2019 Venice Biennale and selected as “Best Canadian Film” (Vancouver International Film Festival) and "TIFF Canada's Top Ten" films in 2019. In addition to her work in film and television, Lucy is a skilled Inuktitut translator.