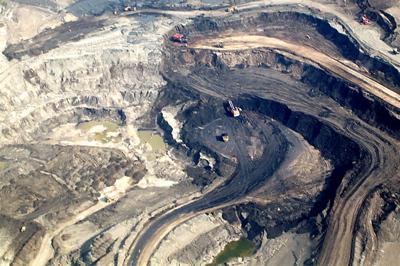 ENERGY JUSTICE IN TURTLE ISLAND – NORTH AMERICA
Indigenous Message to Obama to Issue a Presidential Order to Halt All Processes for Approval of the Expansion of Oil Sands Pipeline Infrastructure Entering the United States and to Support Alberta First Nation Chiefs Demand to Canada for a Moratorium on all Expansion of Canadian Tar Sands Development.

Ottawa, Canada - First Nation Chiefs from northern Alberta Canada are not able to attend the January 8 event in Washington, D.C. The Chiefs, elders and youth representatives of Fort Chipewyan, Alberta Canada are experiencing firsthand the assault of unsustainable energy development that has destroyed their environment and subsistence lifestyle that has sustained them since time immemorial. This energy development is called the tar/oil sands development, that has been called the "Worlds' Most Destructive Project on Earth". A large portion of Canadian oil coming to the United States is extracted from the oil sands at a tremendous cost to the environment, water, and climate change and infringing on the aboriginal rights of First Nations people downstream of the tar sands development zone. The First Nations living in the energy sacrifice zone of the tar sands wanted to stand in solidarity with other Chiefs from Canada's First Nations traveling to the U.S. capitol to seek the support of President Elect Obama in their fight for human rights.

It is with prayer and with strong hearts that all First Nations and American Indian and Alaska Natives are asking President Elect Obama to take action that recognizes the sovereign Indigenous nations in Canada and the USA whose inherent rights are being violated. The Canadian government continues to fail to recognize its responsibility and duty to consult with the Indigenous frontline communities that lay directly within the path of destruction involved with the extraction, processing and transportation of fossil fuels in Canada, including its exportation of dirty high carbon oil to the U.S. In February of 2008 all 43 First Nation Alberta Chiefs signed a resolution requesting a moratorium on all new tar sands permits. However, the province and the federal government continue to grant approvals for new expansions in the area.

The Canadian government is further compounding land and water rights issues with the approval and construction of expansion projects infringing into traditional territories in Northern Saskatchewan as well as Alberta. The projects for the delivering of this crude oil include major pipeline construction in traditional Indigenous territories in Alberta, Saskatchewan, Manitoba, British Columbia and much of the mid-western USA states. The bulk of these projects have been pushed forward without any adequate consultation with the Indigenous communities and without recognition of the principles of free, prior and informed consent.

There are high profile litigations by Alberta based First Nations underway on this issue, most notably Athabasca Chipewyan First Nation. ACFN is seeking a number of declarations from the Court, including asking the Court to rule that the Alberta Government has:

Beaver Lake Cree Nation of Treaty 6 (BCFN) launched a massive civil lawsuit against the federal and Alberta governments, claiming unbridled oil and gas development in its traditional territory renders its treaty rights meaningless. BCFN claims the developments have forced band members out of traditional areas, degraded the environment and reduced wildlife populations, making it impossible for them to meaningfully exercise their Treaty 6 rights to hunt, trap and fish.

When considering energy production and resource extraction, the incoming administration must take into account the disproportionate impacts of climate change and energy development on the first inhabitants of this Turtle Island - North America. When considering energy and climate change policy, it is important that the White House and federal agencies consider the history of energy and mineral exploitation and Indigenous Nations, and the potential to create a dramatic change with innovative policies. Too often tribes are presented with a false choice: either develop polluting energy resources or remain in dire poverty. Economic development need not come at the cost of maintaining cultural identity and thriving ecosystems. The Indigenous Environmental Network, the First Nations of northern Alberta and all Indigenous Nations want to work with President Elect Barack Obama and his administration for catalyzing green reservation economies - not the continuation of an unsustainable fossil fuel economy.

A just nation-to-nation relationship means breaking the cycle of asking First Nations of Canada or American Indians and Alaska Natives to choose between economic development and preservation of its cultures and lands. Renewable energy and efficiency improvements provide opportunity to do both simultaneously. A green, carbon-reduced energy policy has major national and international human rights, environmental and financial consequences, and we believe that this administration can provide groundbreaking leadership on this policy. The reality is that the most efficient, green economy will need the vast wind and solar resources that lie on Indigenous lands in the U.S. and Canada. This provides the foundation of not only a green low carbon economy but also catalyzes development of tremendous human and economic potential in the poorest community in the United States and Canada - Turtle Island.