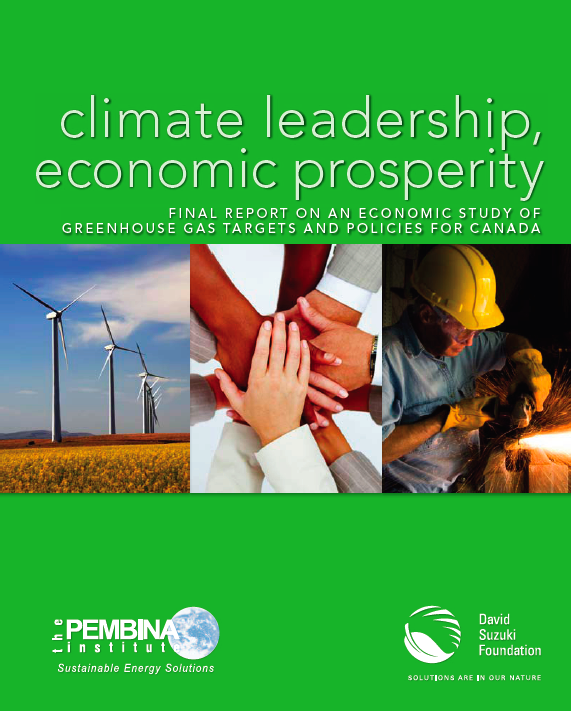 The political climate is changing

Today, the political climate regarding greenhouse gas emissions is likely to change, with the release of a David Suzuki Foundation and Pembina Institute report on the costs of combatting climate change:

Canada can meet climate goals, but the West will pay the cheques.

The report finds that massive economic restructuring will be required, slowing the Alberta and Saskachewan economies while still keeping them competitive, if we are to meet the Conservative Government's (modest and hardly ambitious) goal of a 20% reduction (from 2006) in greenhouse gas emissions by 2020. This is the first study to model the true costs of restructuring Canada's economy to meet the policy recommendation of our current government.

Interestingly, analysts are already saying that based on this study it's clear that the Conservative's plan to reduce emissions by 20% is all smoke and mirrors, and that their actions (i.e. walk) come no where near meeting their policy (i.e. talk). Why you ask? Well, The Globe's Jeffery Simpson believes that it's a calculated plan to trick voters, steal headlines prior to the upcoming Copenhagen climate change meetings, and ultimately to sidestep actually dealing with the issue:

But, can we afford not to address climate change? The answer, especially for Arctic people, is no! Importantly, the actions of people in the South are having the greatest impact on the people of the North, and this is hardly fair. As we "Countdown to Copenhagen", hopefully citizens worldwide will speak out and hold their governments accountable, and not have the wool pulled over their eyes. Let's collectively challenge and change the political climate and protect future generations of earth's inhabitants!