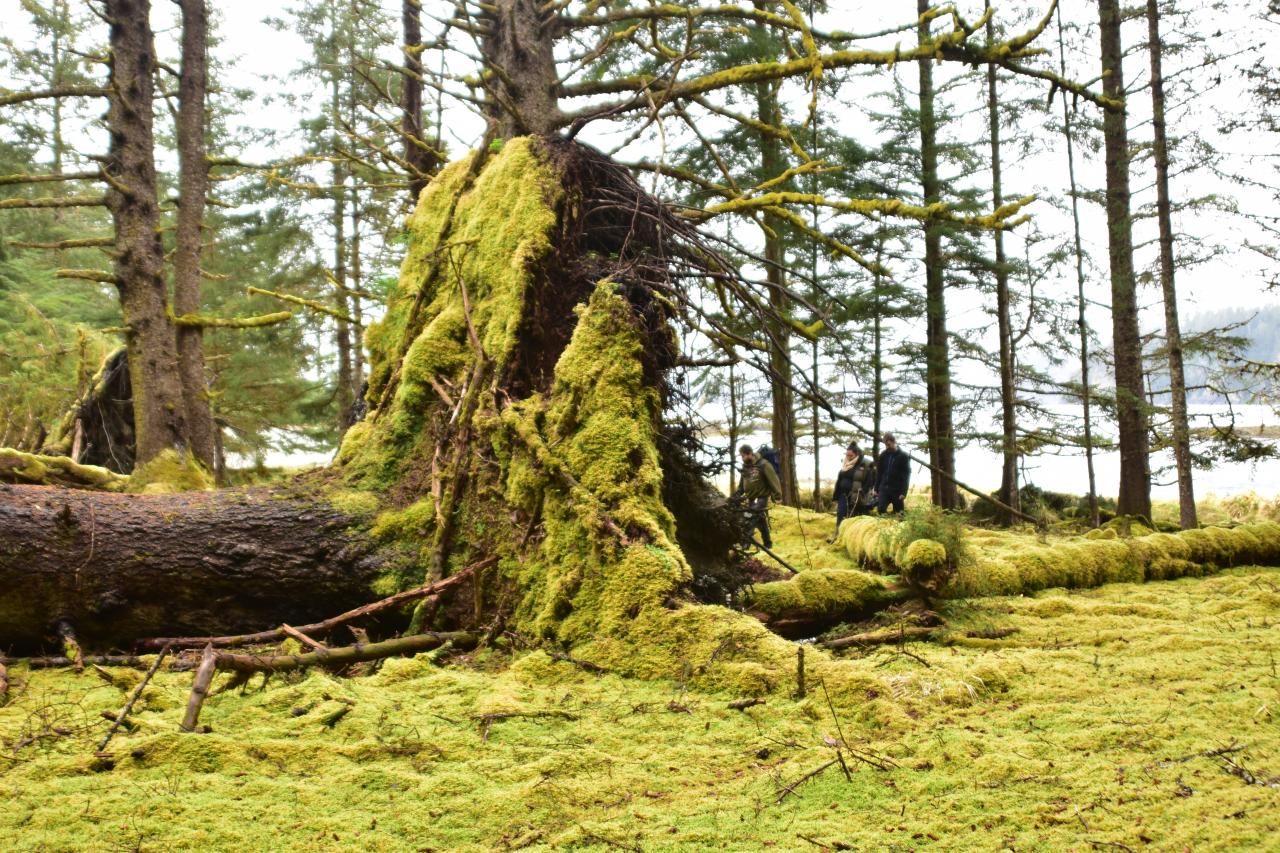 Talking about the Haida experience with Jon took us more hours than we had expected, so we split the conversation into two days. After the first time we talked I was left so excited. I absolutely loved learning about how it all happened. How this knowledge transfer was done, what roles everyone played. It made it more tangible, yet it didn’t take away its mystery, and in a certain way its sacredness. I understood that a lot of people played a role in the process to make this film, and that each person’s contribution was very significant. Some of the people were involved during the whole process, while some just played a part for a short time – yet without their short contributions, the film would not have happened.

I learned how many people gave their best. The elders working long hours, Zach visiting a land unknown to him, spending lots of time with people he didn’t know. Norman travelling there and investing time to explain how to get the funds to do this, and how to do it in a way that was artistically powerful and mind blowing. And doing that within their own culture, their own way, enhancing their stories and not imposing any narratives of his own. How Jon’s personality… his diplomatic, attentive, non-judgmental, ready-to-learn attitude, made this whole thing possible. Everyone is important. Everyone has a role, even if some are invisible within or at the end of the process.

I had dreams full of images of this film and was looking forward to the next day we could continue to talk. So on our next call, I started by asking him to describe how was life on set, wanting to know as many details as he could give – to be able to picture what was it like. He started by saying the interaction on set was pretty amazing... and I realised I had a huge smile on my face.

Jon – There was an inclusion of the Haida spirituality on set. We did not start any business activities until a proper ceremony happened. The first ceremony was the longest one and it was where the elders explained the significance of the land and welcomed everyone participating in the film there. The elders also explained to their ancestors what we were all doing there – because we were filming on a traditional land that was once highly populated and then was decimated with smallpox. There was a strong sense of another presence on location – a connection to the land reverberating in the actors and other people.

‘The spirits of the land’… I thought I felt their presence in myself through Jon’s storytelling.

There was an offering of food to the ancestors, to honour them... Jon continued...

Fish
seaweed
berries
burning a cedar bar
and going around it

Every morning there was a prayer by the elder who would say some words before we started working. There was an elder with us throughout the whole shoot, and his only role was to sing songs, drum, smudge people, prayers, and he would also work one-on-one with people that had problems, going to walk on the beach and talk to them. The elder would talk about the project, and everyday would do a short prayer, speaking to the ancestors. Celebrating birthdays or giving a farewell to whoever was leaving.

There was a combination of elements in making this film. First, by working in a very traditional organic way of connecting with people. Second, in following a very structured approach to making a film: following timelines, schedules and roles. And third, working with people that had no previous experience in making a film.

When I asked Jon if the Haida community members from Old Massett and Skidegate would visit the set, he said not really because the location was a 20-minute boat-ride out of town, and actually this was intentional. The camping experience allowed people to immerse themselves in the experience of the film. Jon said this was something he had learned from Zach, that it’s very powerful and pushes people – though that is not without challenges. Some people were really homesick. Jon said they could have chosen locations closer to town, but that Zach feels really strongly about camping because it helps characters stay connected, prevents losing people. Everybody is there and there is nowhere to go. Jon and the co-directors had originally talked about camping for 30 days on location, but they ended up agreeing that 6 days was the maximum people would feel comfortable with.