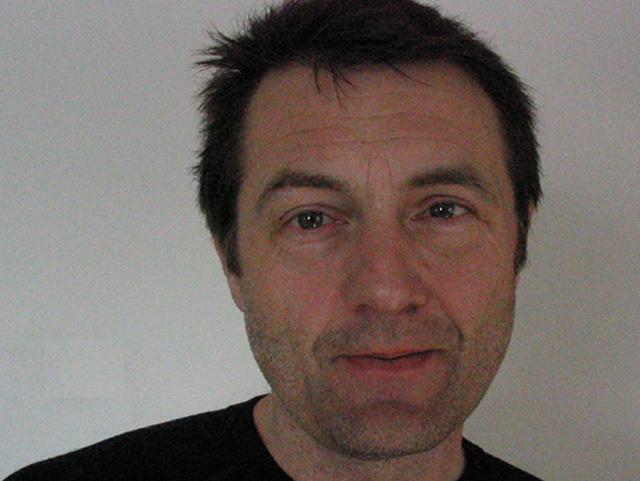 What do you think of Igloolik so far?

I find it very interesting, it's as if you've come to the moon because it's so very different and flat and you feel the changing of the weather very soon. I like to be in a place where nature is such a force; where you rely completely on the weather. I like that, as a human being you feel smaller than nature. In my community, with buildings in the big city, everything is controlled by human beings. It's very seldom in Denmark that you get attacked by nature so much that you cannot go outside, you can't take the train or taxi, or whatever. Here you rely on the weather and today we have to stay inside because of the blizzard.

It's one of the few things I was good at in school...that and cooking. So there were two ways I could go in life; acting or cooking. So I think I was 10 or 11 when that came to me as a possibility. When I finished school after 10 years, I ended up as a technician in a theatre for four and half years. By that time I was 20 or 21, and I thought hey, now I should go for it. I saw a lot of things in the theatre, learned how to do some things, and watching people act, so I thought that now I would give it a try myself. We have three theatre schools in Denmark which are paid by the government, so I tried to get in, but it's very difficult to get in because they only take 6 or 8 people for each school. So you might have 22 or 25 persons graduating from the schools each year. I was so lucky, so lucky to get in the first time. I've been acting professionally for 22-23 years now.

It's interesting because our community is so small – only 6 million people, and the language is so different, to change from theatre to movies to television to radio theatre, you develop a lot of skills. When you meet actors from London or America, they call themselves actors who also work as waiters or taxi drivers. But because of the Scandinavian way, you can be a professional actor for many years because you can switch between all these different types of acting.

How did you get involved in this project?

I was phoned by the Barok Films and they asked me if I would come and audition for the part. There were some others asked and then I thought it was too late now because the time was running out. I thought that they wouldn't want me to do this part, and then they suddenly phoned three weeks before we were to leave. They said that they had some problems and they'd really like me to come if I was able.

I find the character (Knud Rasmussen) is in a conflict between being raised in Greenland and his life in Denmark. He was raised for his first 11 years in Greenland and then he was taken back to Denmark for his education. So he was split between the two communities. When he came back to Greenland he realized how split he was between being from Greenland and being a European. He was always switching between the two. He liked the Inuit way of life, the simplicity, and it's like I said before, feeling like a very small person in nature. He liked the Inuit way of life and found it interesting to search for these stories. His father was a priest, so there was also a difference between the Christian part of him and the Inuit part. When he was in Greenland, he missed Denmark and when he was in Denmark he missed Greenland. One time he said something like 'give me the ice and the snow and the dogs and you can take the rest – and even the women too'. After he wrote this, he goes on a big trip to Northern Canada, Alaska, and parts of Siberia. That's an enormous trip to do.

What preparations have you made for the role?

Well I've only had these three weeks, so I read a lot of things about him. I had also read a lot of things about him when I was younger, because he was such a character in Denmark. As a young kid and thinking of going abroad, and thinking of exploring things, I think all people think about going out from what they're used to, so I read a lot of these things when I was younger and now as well. In the manuscript he's the person who gives a perspecctive on the Eskimos and how they live. So I see the person more as the perspective; who can put perspective on what's going on.

I get calls from people asking if i could train him or her. I say if you really want to do this you must really want it 110% because otherwise it's very insecure. You might be lucky, you might be unlucky and it's a very sad story. There are many sad stories of people who wanted to be actors and haven't got the luck and haven't got the skills for it. It can be a very stressful thing to do because you have to perform and you have to be very concentrated on keeping your mind and body clear and ready to do what you're asked. You have to find a very solid ground inside of yourself, so you know this part is really me and the other stuff is just acting. I can pretend that I'm something else, that I'm somebody else. If you really want it, then there's nothing to it than just to flirt. There's also a lot of hard work involved.

Yes, I'm going back to Denmark and starting up a movie, during the summer. Then it's theatre work in late summer. Then I don't know, from Christmas to 2006 I don't know yet what to do. Probably something will pop-up.