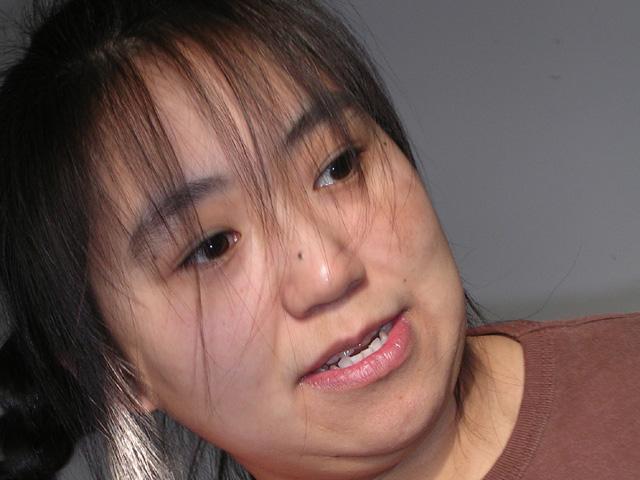 How long have you worked at Isuma?

On and off for the past eight years.

What drew you to work at Isuma?

They asked me to work for them as the manager for their community cable show. After that I was in Atanarjuat. Following that, I was a co-ordinator of a youth project in which myself and eight employees developed a short film about suicide prevention. Then I moved to Ottawa for futher development in Nunavut‘s Sivuniksavut Program. That program was designed to teach Nunavut youth about the history of Inuit culture, the changes from the 1800’s to present. We took this knowledge to Japan on a tour for 10 days.

What did you do after your trip to Japan?

After Japan, I went to Edmonton representing and promoting Atanarjuat. Three and a half years later, I came back to Igloolik to work on an Inter-arts youth project funded by the Canadian Council for the Arts. Following, that I went to the North of France in Barfleur to work on a short film. Now I‘m back in Igloolik to work on The Journals of Knud Rasmussen.

How important is the community to make Isuma successful?

Community is very important because it takes teamwork to make a good film. I was in Paris for filming and witnessed the real "southern" production style. There was a bigger separation between the producer and director from the cast and crew.

What character from The Journals of Knud Rasmussen do you like the best?

I like Aua the best. His character is so at ease and strong. I like that he is open-minded.

What do you prefer acting or casting?

I like both. I like to act because I like finding different emotions I wouldn‘t normally feel being me. I also like to cast because in order to explain [to other actors] how to draw emotions and to portray a character, I have to first become them.

What advice do you have for aspiring actors?

I suggest that you not only read the script, but know the story and read over your lines over and over again. It’s important to memorize your lines quickly. I look to see if the actors understand the character, to show their emotions, and to match the tone of the emotion to the story.

Can you walk me through your typical day?

I wake up and walk to work. I work with the cast through the morning and most days through lunch just to prepare for the afternoon. We go over the script all afternoon. At night I prep for the next day. One time I was up until 5am because I needed to prep for the next week; working on the computer, going over traditional songs, etc.

Any plans for after this film?