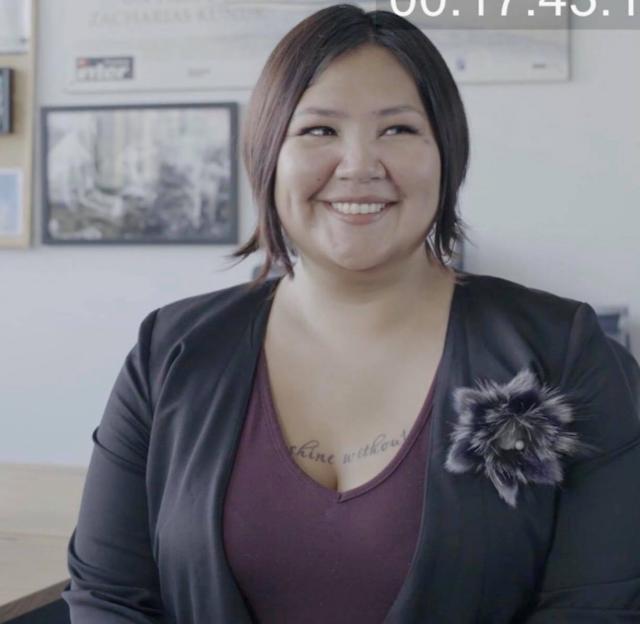 Jenna Amarualik grew up in Igloolik but now living near Montreal. She is a devoted mother of her 7 year-old child. Apart of being an Office Manager of the Montreal office, she works with social media postings and works mostly with Lucy Tulugarjuk and Sam Cohn and also translating and subtitling. In March 2019 Jenna toured across the Kivalliq region of Nunavut screening Tia & Piujuq, Restless River and Hunting With My Ancestors documentary episodes. As well as to Nunavik across the Hudson's Bay coast and to the Kitikmeot region in January and February of 2020. She had finished editing her first documentary about storytelling and caribou clothing. Jenna works on the film distribution as well and had joined Arctirq circus group from 2005-2009.