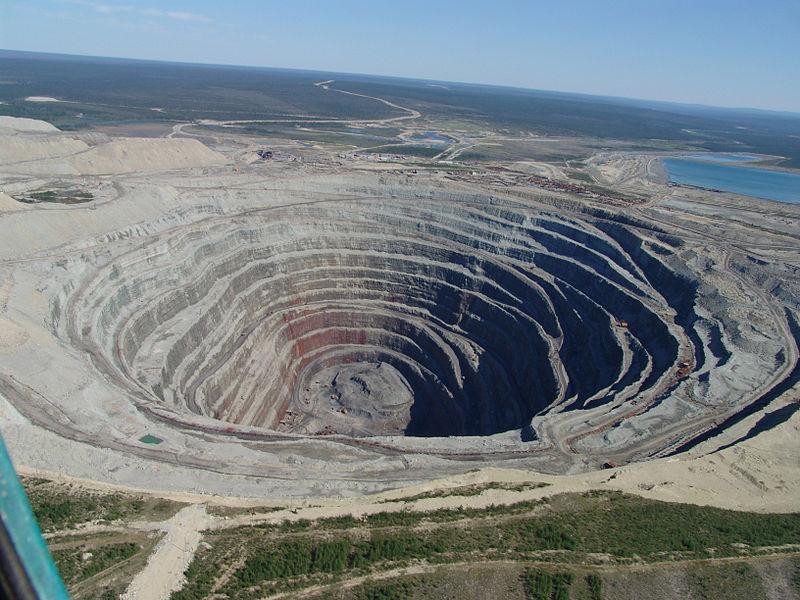 Mining in Nunavik leaves alienated Inuit watching from the sidelines

“We have been invaded by many different cultures”

KANGIQSUJUAQ — As the mining industry moves closer and closer to Nunavik’s communities, there’s a rising sense of anxiety and powerlessness throughout the region.

That surfaced May 27 during discussions at the Kativik Regional Government council meeting in Kangiqsujuaq — a mere 60 kilometres away from the huge Raglan nickel mine.

As the talk turning to mining, Kangirsuk mayor and regional councillor Mary Nassak said that when she flies between her community and Aupaluk, she looks down at the ground and its growing network of mining service roads and worries about a future with huge, reddish-coloured open pit mines.

And Aupaluk’s mayor David Angutinguak said he wondered what it would take to get the mining and exploration companies at his tiny community’s doorstep to go away.

But, in a passionate statement, also broadcast live on the Inuttitut-language Taqramiut Nipingat Inc. radio network, KRG chairperson Maggie Emudluk promised Nunavik Inuit will put up a fight for their lands.

“We have been invaded by many different cultures,” she said. “This time we will fight for what we have.”

Emudluk suggested that even past agreements between Nunavik and Quebec, such as the James Bay and Northern Quebec Agreement or the 2002 Sanarrutik agreement on social and economic development, could be reopened.

The KRG also plans to craft a mining policy to provide more direction on how mining takes place and an Inuit employment strategy.

Emudluk’s statement came after two presentations at the meeting: one from the Nunavik Mineral Exploration Fund on mining in the region, the other from the KRG’s sustainable employment department on training programs for mining jobs.

Response at the meeting to both presentations showed how some people in Nunavik feel they lack control over the mining industry and can’t get involved in it.

That’s despite the well-groomed appearance of Kangiqsujuaq, which has benefitted from profit-sharing from the nearby Raglan mine to build a new community centre, where the KRG is meeting, as well as a swimming pool, next to the centre, and a hotel.

That Nunavimmiut don’t feel they know enough to keep these mining projects from bulldozing ahead was a theme running through comments from KRG councillors who come from a region where’s there no equivalent of the Nunavut Impact Review Board to scrutinize and track projects.

Instead in Nunavik there are behind-closed-doors deals between Makivik Corp., landholding corporations and mining companies and encouragements from Quebec for mining companies to set up business in the region.

The Kativik Environment Assessment Committee, which says it’s the “the preferential and official forum for the governments of Canada and Québec, the KRG and the Northern villages,” is mandated to hold environmental reviews.

But people some complain its reviews take place much too late in the process.

And, unlike the NIRB’s detailed website on mining and mineral exploration projects in Nunavut, the KEAC’s website contains no up-to-date information about its activities or reviews in process.

The website of the Kativik Environmental Quality Commission, also mandated to review projects, likewise contains incomplete information about its activities.

Many Nunavimmiut are, moreover, not involved in mining projects when they take off.

At the Raglan complex, in operation since 1998, only 174 of 1,292 workers are Inuit — about 13.5 per cent, below the 20 per cent Inuit employment level that was initially targeted.

According to documents tabled at the KRG meeting, more than $10 million a year will be now plowed into mine job training over the next two years.

Increasing Inuit employment in the mining sector is a priority for the KRG, which wants, among other things, to encourage students to stay in school or return to school in areas related to mining.

That’s because most jobs require more than high school and 94 per cent of students in Nunavik don’t finish high school and even fewer than that finish college or university, and then, not in the sciences.

How many mining projects there are in Nunavik was revealed during a presentation from the Nunavik Mineral Exploration Fund, which showed maps with large red stars for the region’s two operating mines in addition to many other areas under advanced exploration.

The mines include Raglan’s four-mine sprawling complex, with a fifth in the works, which covers 70 km, and is likely to be around until at least 2023, and Nunavik Nickel, with open pit and underground mines and a lifespan of eight years, which will send its first nickel shipment out this summer.