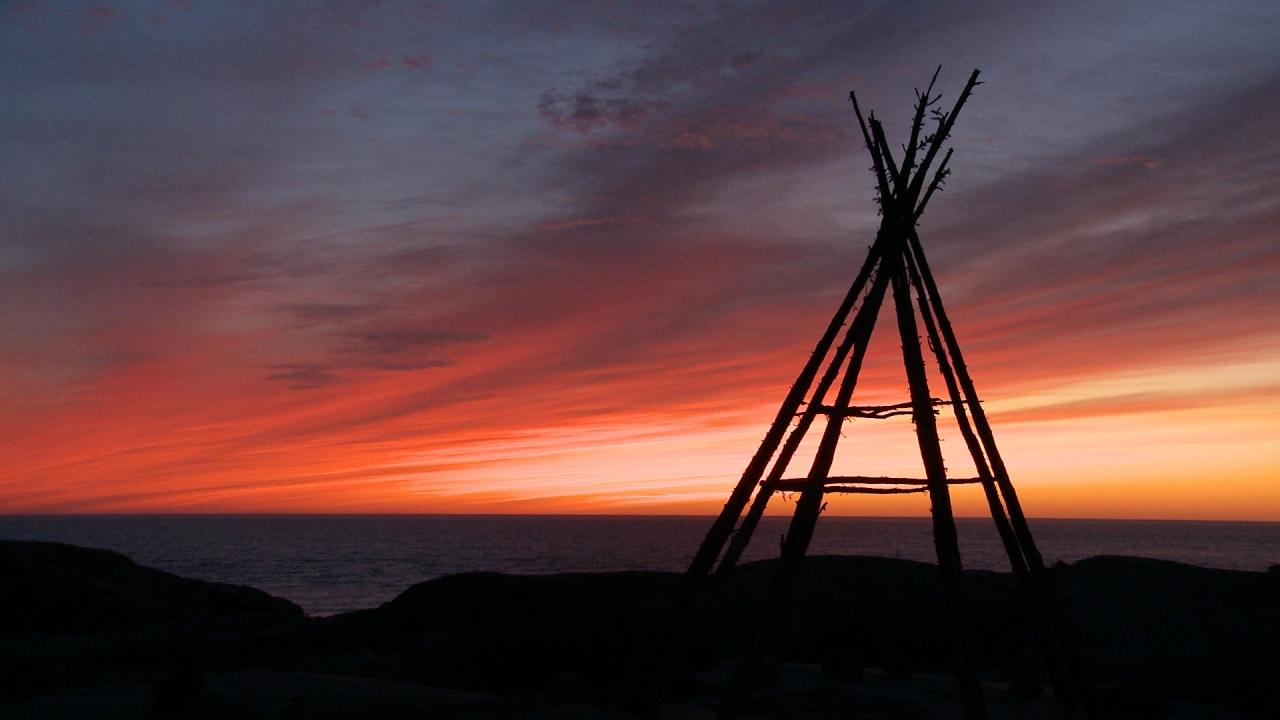 Full Project Proposal for "A History of the Krenak"

Historically, literature and documentaries on the Krenak, an indigenous peoples from the Minas Gerais Valley in Brazil have been made by the non-indigenous, resulting in misconceptions and incorrect interpretations. This is something that has been bringing many problems to our community. The interest for us who are Krenak is to show what really is happening today and the process that has caused it in the last 200 years.

The purpose of the documentary video we would like to make, "A History of the Krenak" is to tell the true story about how we were almost exterminated. It will be filmed in the Krenak Reservation in the municipality of Respendor, Minas Gerais. Shirley Adilson Silva Krenak who is the first indigenous person in the state of Minas Gerais to receive a university degree, will be the project coordinator.

The video will include the oral testimonies of elders (a practice, in common use among us for passing on information) who have survived the wars against the Krenak. How do the Krenak live today? What is the life of our people like after so many years of massacres (up to contemporary times)? And of our continued struggle for the return of our most sacred territory, the Sete Saloes which tourists desecrate by deliberately destroying carved ancestral drawings, vandalism, barbecues, mountain climbing and dirt bike racing inside the ceremonial area.

We hope that as a result of this documentary, the general public can have a better understanding of indigenous culture in Minas Gerais and in Brazil. Through this video we hope for more allies that are interested in the indigenous struggle.

We hope that as a consequence of this first documentary by an indigenous community that other videos can be made of other indigenous groups in Brazil who also have had strong genocidal contacts with the colonizer but who have survived.

The Krenak belong to the linguistic lineage Macro-je and had a reduced materialistic culture. Our adaptation and survival in the environment depended on the maximum efficient use of the available natural resources which included the use of medicinal plants. We subsisted through hunting and fishing. From nature we collected materials for our craftwork, for the making of adornments and weapons and for the ink used in corporal paintings. Our religious life is in constant contact with the spiritual world and through chants and visions a strong relationship is woven with the Marét spirits (Krenak angels) and Gyák (superior force God) who have a vital connection to nature.

The Krenak, a warrior people, have much history to tell, so it is very important to make a project that can be administrated by us ourselves.

Today the Krenak are about 600 people divided in three states: Minas Gerais, Mato Grosso and Sao Paulo. The proposal to make a documentary about our people is to discover what happened historically; the deaths and the various strategic ways the military, along with the colonizers who came from different countries used to try to exterminate us. The Krenak reservation in Minas Gerais has 4970 hectares (12,280 acres) of land and approximately 300 people. We have a well-organized community that gives value to the studies of the young people from the village, many of them with university degrees for the first time in our community.

Even with so many non-indigenous influences inside the village, we still hold tightly onto our traditions. One of the main purposes of this video is to continue to communicate these traditions from generation to generation.

It all begun when in our lands, the Krai-Krenton (non-indigenous) attacked in their ships searching for richness - for gold, new lands, and slaves.  These invasions (they called it explorations), and there were many of them, were the most cruel and unforgivable we had ever seen and known to this day.

When they arrived to our continent, they could never imagine that inside the beautiful and dense forest there could exist people who had nature as home, as sanctuary, as all the good things that nature can signify.

In the era in which those strange people went up our rivers, our beautiful and sweet rivers went though what is today the states of Minas Gerais, Espirito Santo and Bahia, the regions that my people lived - the Krenak. But we were no longer called this. Because my people were wearing adornments on their ears and lips, the Krai-Krenton (the non-indigenous) began to call us "Botocudos",  a pejorative term that comes from 'botoque', which means the wooden cork which is used to seal barrels.

The shock of the contact between the Krai-Krenton and my people was the most violent, intense and bloody that occurred in this country.  In battles, they not only killed our warriors but also our women, children, and elders. Even thus, my people resisted bravely in trying to stop these strangers' theft and destruction.

In the midst of their slaughter of us, legends of anthropophagi, and endless similar stories about my people began to circulate. A king that came to our lands called Dom Joao VI decided in1808 to declare war on my people, a war named 'Guerra Justa aos Botocudos' (Just War against the Botocudos). Settlers received tax exemption in exchange for Krenak heads. The justification for that name, 'Just War', was that my people were "obstructing" development throughout the region. To be honest, my people were impeding the burning of the forests, the pollution of our rivers, the extraction of our natural wealth and our dignity stained with innocent blood. And because they thought this land had no owner they decided to completely exterminate us.

The war never ended for us, only for the Krai-Krenton (the non-indigenous). After these early wars our people were almost completely exterminated, and only a few villages remained. Since then we have had to go through many wars and battles.

What remained of indigenous settlements were then submitted to pacification methods by the government, such as the delimitation of our territories, the negation of our culture, development of hydro-electric power plants, factories, mills, private environmental parks and of a railroad which we call "Guapó" (which means "smoke vomiting monster") which caused game to disappear and brought more famers, ranchers, timber mills and miners into our lands. Many of us died trying to stop the "Guapó" with our bare hands. The federal government created a special police force which used violence to forbid us from speaking our own language. In 1970, more minerals were discovered on our lands and at the same time even more ranchers who would destroy our lands to raise cattle started to move into recognized Krenak lands. As a result of these politically powerful groups, the federal government declared the Krenak officially extinct in 1970. And since we were very much alive, we were forcibly removed from our lands and transported to other reservations far away with diverse indigenous groups of non-similar languages. The Krenak who resisted were arrested and imprisoned in prisons newly built on indigenous lands which served as penal colonies with forced labor, solitary confinement, daily violence, torture and assassinations. During that time many of us lived clandestinely for fear of further forced migrations and imprisonments. The hiding and negation of our ethnic identity perhaps was one of the principal and most efficient "weapons" in our strong fight against genocide. In our exile we began to organize ourselves and some years later we began walking back to the Krenak reservation - some walked for 96 days. In  1988 we were again expelled from our lands, our crops destroyed as well as our school. In 1997 part of our lands were returned to us.

When we finally resettled in our territory we found it in an unrecognisable state - totally changed and without the natural resources of ancient times. Our thickly covered forest was completely destroyed in the lands they returned to us. At the same time, much territory were excluded from the reservation which was set up for us, including Sete Salões and Pedra da Pintura which are sacred places for the Krenak spirits. Hunting, fishing and gathering were therefore seriously modified, as also our religious life because the contact with our spirits is through nature. Presently, the construction of a hydro-electric power plant in Aimores by the consortium made up of CEMIG (Electrical Company of Minas Gerais) and Vale do Rio Doce (a mining company) will be a major barrier in our lives and to our way of living. This power plant will affect not only our environmental but also our religion. Our language kept alive by our elders remains an important basis of our cultural life. It is with our native language that the Krenak are reviving the culture hidden for so long.

As the journalist Douglas Krenak says: "In the year 2008, precisely in May, two hundred years were completed since a king called Dom Joao VI declared "Guerra Justa" (Just War) against my people, the Krenak. The truth is that for us Krenak, it is two hundred years of resistance and a fight for life.

The aggressions against my people and the adverse reactions to our culture are each time more present, almost uncontrollable and ripe for  social conflicts of serious proportions.

It is therefore urgent that everyone knows about the richness and importance that a people's culture has, and with that to take initiatives to make a more harmonious society between people from different cultures.

We know that the Brazilian Federal Constitution dedicated a small chapter to indigenous peoples, recognizing our social organization, customs, language, beliefs and traditions, imposing onto Brazilian society the legal duty to respect and recognize the ethno-cultural differences of indigenous peoples.

We Krenak believe that our country and the people that live there are capable of finding and making a prosperous and peaceful way of living, but it is necessary to respect the living beings who are of an ancient and of millennium tradition.

Meanwhile, the ignorance and disrespect from the Brazilian society about indigenous culture and traditional practices still prevails, resulting in prejudices and discrimination. It is needed to demonstrate that those differences are what makes Brazil a great nation.

A History of the Krenak production team: