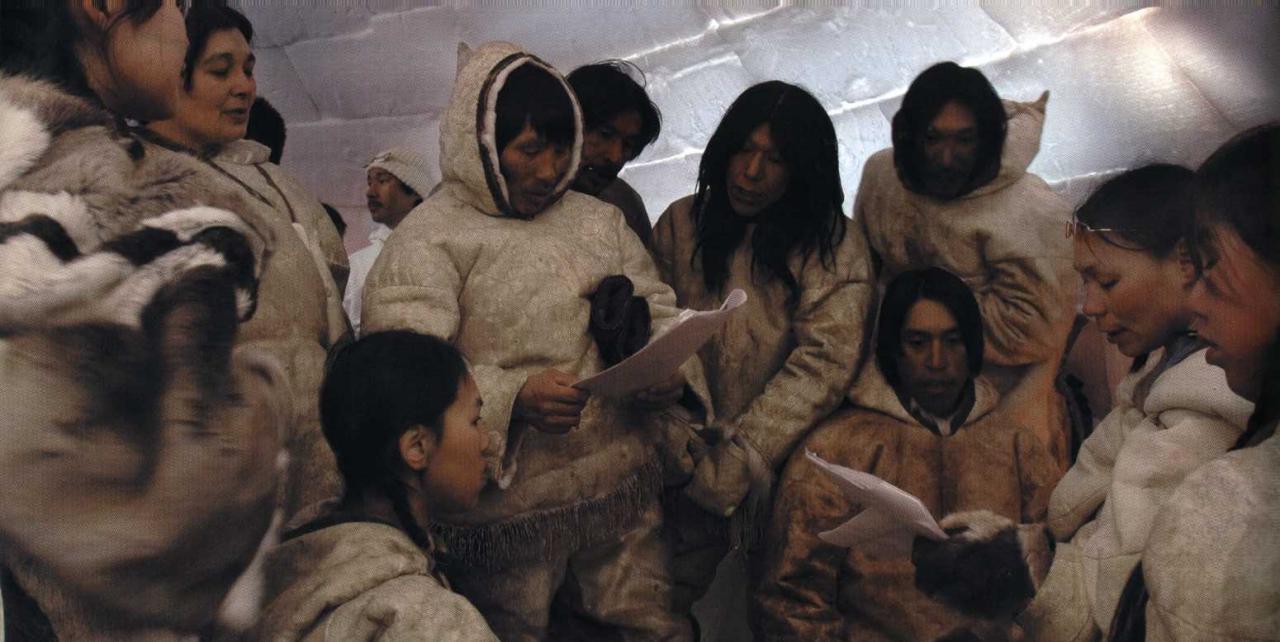 "How Ways of Knowing Shape Storytelling"

Montrealmiut Stephen Agluvak Puskas is a visual artist who recently finished work as a project manager for Nunalijjuaq, a SSHRC research project about Montreal Inuit at Concordia University, and producer for Montreal's Inuit radio show Nipivut. He volunteers as an Indigenous community representative for Montreal police and Dawson College and has been involved with urban Inuit strategies along side other Inuit in the Montreal community and Inuit organizations across Canada. Interested in subjects regarding cultural identity and representation, Stephen speaks at schools and other public venues to raise cultural awareness about Inuit and indigenous people within the greater Montreal community.

Isuma TV celebrates 30 years of innovative Inuit programming with a series of film screenings highlighting the Inuit perspective to audiences from coast to coast to coast.

Isuma is an Inuktitut word meaning “to have thought, intelligence or rationality.” The concept of Isuma does not neatly fit into the western European ways of knowing—in fact, it thwarts and counterbalances it. Isuma folds the bonds of avvaq, two halves of a whole, two people named after the same person, with the perspective of the pluralities of truth. European ways of knowing is taught in the workplace, at school and at home.

Highly personal and based on practice, there has never been one objective base of Isuma. Each Inuk has his or her own Isuma and experience and they pass on their Isuma to the next generation through their names. This custom of passing on names from generation to generation is not just a way to reinforce bonds but also a way to pass on knowledge. Names can be passed on from a grandmother to a grandchild, or from an uncle to a niece—anyone within the family. It is a way to ensure that we live on through our children and grandchildren. Two people who share the same name are considered the same person. This way, Isuma, or thought, is passed from generation to generation, and it grows through experience.

In western European culture, singular and objective knowing is seen as of the highest value, reflecting one reality, created by peer review, and drawn from comparison. This way of knowing and how it conflicts with the Inuit philosophy of Isuma is reflected in the historical depictions of Inuit in documentaries and texts by non-Inuit: the views and stories of an individual Inuk were gathered and then applied to all other Inuit. One perspective or one voice became the authoritative representation of a diverse chorus of voices, and the voice that was heard above all others was the one that reinforced the preconception of what it means to be Inuk by non-Inuit.

In the early days of film, these Inuit voices were also often captured with the performers not knowing how these films would live long after they have gone and not knowing how their voices would be used, interpreted, and reinterpreted by others. There are many subtleties in Inuit culture that can be lost in the fast and loud world of the Qablunaak. As Inuit control the medium in which their voices are presented, these subtle—but important—details are included.

Isuma TV has forged a path for contemporary Inuit storytelling. Films like Atanarjuat: The Fast Runner is a form of isuma in a new medium. These films reveal individual experiences that will be passed on to new generations. They do not directly instruct the viewer about one “objective” truth, but guide the viewer through the lived experiences of individuals. The stories and perspectives were also created with the knowledge of how their performance will be used in the future since creative control was in the hands of Inuit themselves.

There’s a difference in how Inuit see the world, how we see ourselves, and how we see each other. The way we express this can communicate a much deeper understanding of our inner world than an outsider ever could, and this 30 year anniversary celebrates the continued effort to bring these views to audiences around the world.