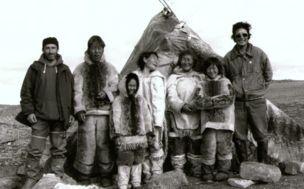 More from this channel: Atanarjuat (The Fast Runner)