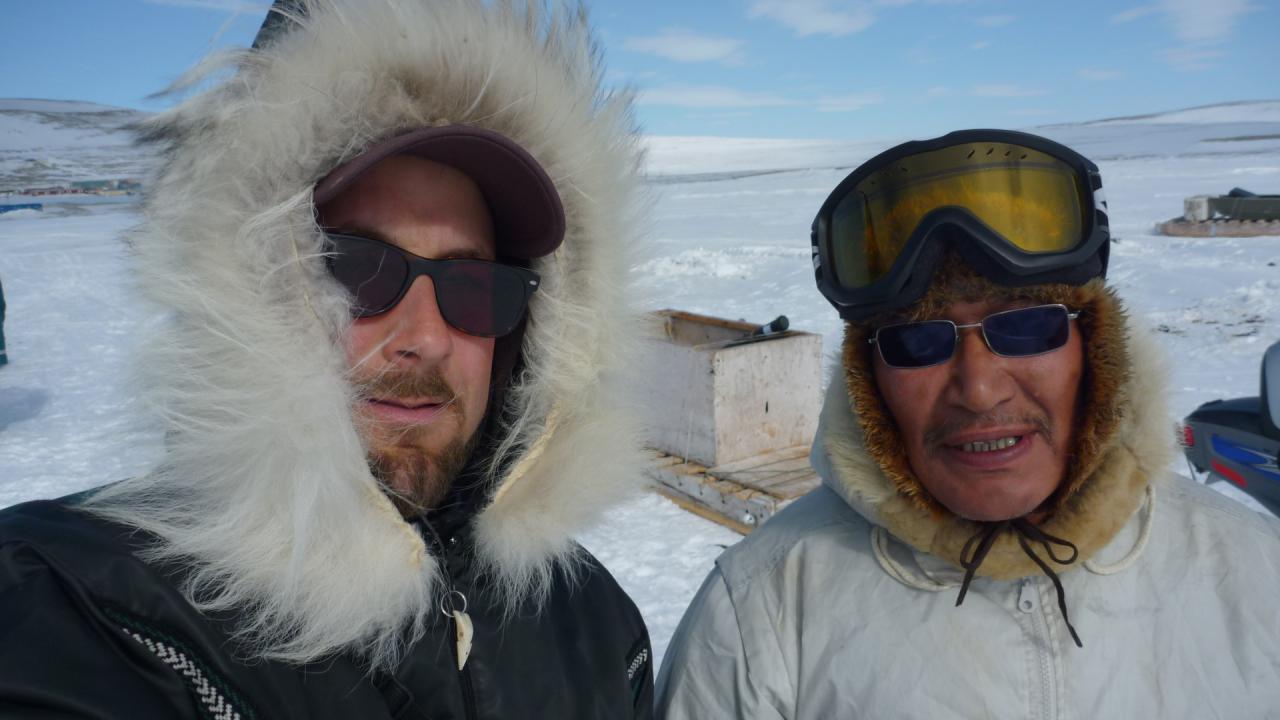 Join IsumaTV and co-presenter Inuit Tapiriit Kanatami LIVE on the web or at this year's imagineNATIVE Film + Media Arts Festival for a special interactive screening event, including the premiere of new documentary Qapirangajuq: Inuit Knowledge and Climate Change.

The 54 minute film will be streamed live on IsumaTV simultaneous to the theatre screening @ imagineNATIVE.

Following the screening, directors Zacharias Kunuk and Ian Mauro will participate in a live, virtual Q&A with both global web viewers (via Skype) and our theatre audience.

IsumaTV will also be hosting a low-bandwidth version of the webcast that will be audio-only.

The film:
The impact of climate change in Canada is discussed by those at its front lines. In this historic documentary by the legendary Isuma Productions, Inuit people speak first-hand about how their landscape is changing, how the sky has turned colour and if the polar bear really is endangered. Their insight – borne from centuries of shared knowledge – reveals a deep intimacy with their environment and convincingly challenges mainstream media accounts of climate change. Unsettling accounts of new flora, thawing permafrost and dwindling ice point directly to the truth that climate change has become a human rights issue for many Indigenous people.

Zacharias Kunuk (Inuk) is a renowned filmmaker whose dramatic feature films include Atanarjuat (The Fast Runner), which won the Camera d’Or at the Cannes in 2001, and The Journals of Knud Rasmussen, co-directed with Norman Cohn, which opened the Toronto International Film Festival in 2006. Kunuk is the winner of a National Arts Award, National Aboriginal Achievement Award and was awarded the Order of Canada in 2005.

More from this channel: Inuit Knowledge and Climate Change