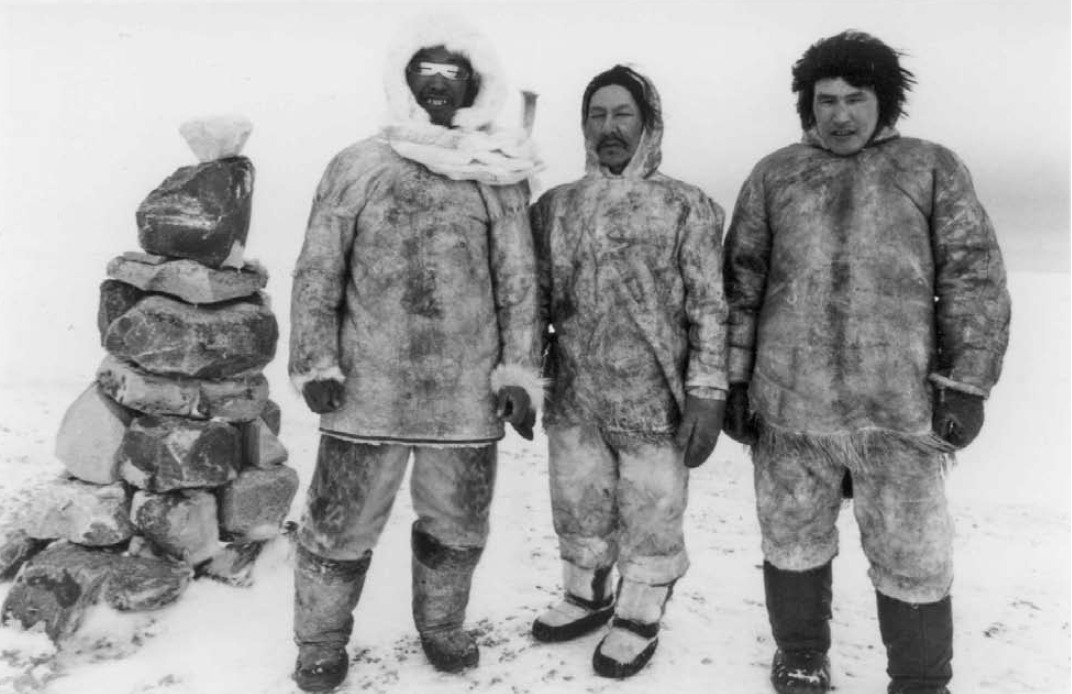 Research from Library and Archives Canada

Why did Canada force the Inuit into permanent settlement? What was their reasoning and who were the men who carried out this policy? What was the town like that awaited Noah Piugattuk and his band during the 1960s? Government reports, communications, and publications from decades ago give a broad, detailed, and alarming picture.

It was a privilege to be tasked with searching documented history related to the fateful meeting of Area Administrator A.P. Wight (“Boss”) and Noah Piugattuk. Most all primary sources and documents were sourced from Library and Archives Canada, under research groups relating to Canadian government policy, health and welfare, the Northern Administration and Lands Branch, the Royal Canadian Mounted Police, the Anglican and Catholic churches, and economic development in the north, to name a few. All secondary sources – books, essays (from JSTOR database), periodicals - were accessed through the Toronto Public Library and the Government of Canada. They provide a wealth of reading for anyone who wants to go beyond the film. Broader history, policy development, the reach of sovereignty, program execution, relocation’s lasting effects, and more are all found here.

The archival documents and primary sources speak largely for the film’s antagonist. Rich in inference and bias, loaded with ambiguity, they present the government side, the southern Canadian side of the story and the reasons behind forced settlement. Some predate that one day in May, 1961 giving an at-times stark picture of traditional Inuit life on the land. The files pertaining to the Northern Service Officers lay clear the Canadian government’s overall intentions towards the Inuit and northern sovereignty.

Other documents reveal the years after the meeting. They illustrate the growing settlement of Igloolik into the 1960s and a situation that contrasted sharply with promises made to Noah and his band. We see a growing settlement that, despite great effort, was utterly unprepared in construction and services. They shed light on the Canadian government’s guiding intentions and reasoning but also highlight a hasty improvisation in Arctic policy and ill-considered housing decisions. They also reveal a religious and economic divide that pitted the Inuit of Protestant and Catholic faiths against each other.

Sadly, a number of documents relating to the Anglican Church in the North are, as yet, refused clearance for publication. As well, letters to Ottawa from Inuit elders written in the mid-60s, some deeply moving, could not be cleared for copyright because their authors have since passed.

However, the documents and links we could put online offer real perspective of what happened in the years surrounding that one day in the life of Noah Piugattuk.

Housing and Health in the North

Anglican Church in the North