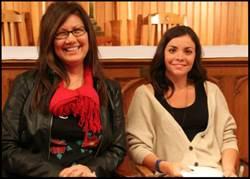 The Hupacasath First Nation's plea for help from the Canadian public:

Earlier this year the Hupacasath First Nation took the Harper government to court to challenge FIPA - a reckless investor deal that would expose Canada to unlimited risk from costly lawsuits in secretive tribunals and undermine the rights of our democratically elected governments for the next 31 years.1

Thanks to the generous donations from thousands of Canadian individuals and organizations, the Hupacasath’s legal team were able to take their case in federal court in Vancouver on June 5th-7th.

Unfortunately, the judge sided with the government. Incredibly, the judge said that he considered the Hupacasath's expert witness, internationally renowned Canadian professor Gus Van Harten, to be biased, and discounted his testimony. Instead the judge chose to base his decision on testimony from the government's witness, an investor-state arbitrator.2-4

Grand Chief Stewart Phillip, President of the Union of BC Indian Chiefs, responded swiftly to say that the ruling was “absurd” given the obvious impacts of the FIPA on First Nations rights and title, and the complete lack of constitutionally guaranteed consultation from the federal government.3

The good news is this legal battle isn’t over yet. The Hupacasath’s lawyers believe they have grounds for an appeal, and the Hupacasath are prepared to take this case to the next level.

The Hupacasath are ready to stand up for all of us, but they can’t do it alone - especially now that the Harper Conservatives have asked the courts to force the Hupacasath to pay over $100,000 in costs for the government’s legal team and expert witnesses.

Historically, Canadians have not been forced to pay the government’s costs in constitutional challenges where the public interest is at stake. What does it say about the state of our democracy that our government would refuse to bring a sweeping investor agreement before Parliament, and then force Canadians to pay punitive legal fees for challenging them in court?

The Hupacasath are refusing to be intimidated by this new hurdle. Their band council has agreed to appeal the judge’s ruling, but the appeal can only go forward if we can raise $300,000 to pay the costs and legal fees before Thursday, September 26th to meet the strict deadline for filing an appeal.

Over 6,000 people have already donated for this legal challenge, and if we all give just $3 today we can cover the costs and fully fund the appeal immediately.

If we can raise $110,000, we can cover the draconian fee that the government has imposed on the Hupacasath.

If we can raise $300,000 by September 26th then we can fully fund an appeal, ensure the Hupacasath will not be saddled with debt, and take the fight to the next level.

We can do amazing things when we stand together. By sharing the load, Canadians from coast to coast to coast already raised well over $150,000 to cover the costs of the initial legal challenge.

Now, it’s up to you to decide whether or not this appeal will go forward.

When this fight to stop FIPA started a year ago no one would have ever thought that we would get this far. From the beginning, we’ve had a two part strategy of challenging this FIPA in the courts while putting pressure on Conservative MPs to stop this reckless investor deal - and it’s succeeded beyond anyone’s expectations.

The legal challenge from this small 300 person First Nation has successfully delayed ratification of the Canada-China FIPA and raised awareness across Canada. They’ve taken on this David and Goliath battle to defend their own rights and title and to defend the rights and interests of all Canadians.

Can you chip in $3 or more today? Please click here to make a secure donation to the legal fund:

With hope and respect,

Matthew, Stefan, Cam, Jamie and Julia on behalf of the Leadnow.ca team

p.s. We understand that not everyone can donate. If you’re not in a position to contribute to this legal challenge, please just take a minute to forward this message to friends and family who may be able to help. Here’s the link to share -- http://www.leadnow.ca/fipa-legal -- and thank you for all that you do

p.p.s. If you’d like to donate by cheque, send your cheque payable to “Leadnow” to:

(Please include a note so that we know your donation is for the FIPA legal challenge.)

This statement from Grand Chief Stewart Phillip, President of the Union of BC Indian Chiefs, covers some of the central problems with the judge’s ruling:

"The Union of BC Indian Chiefs refuse to accept the Government of Canada's argument that there is no 'causal link' or 'potential adverse impacts' on our constitutionally-enshrined and judicially-recognized Aboriginal rights and the ratification of FIPA. The Court wholeheartedly accepted Canada's argument. First Nations leadership across this country are facing a federal government who stated in court that they do not need to nor ever intend to ever consult any First Nation regarding any trade agreement. The Court responded this total lack of consultation 'would not contravene the principle of the honour of the Crown or Canada's duty to consult' That is absurd, unconscionable and incredibly offensive,"

Grand Chief Stewart Phillip, President of the Union of BC Indian Chiefs.2