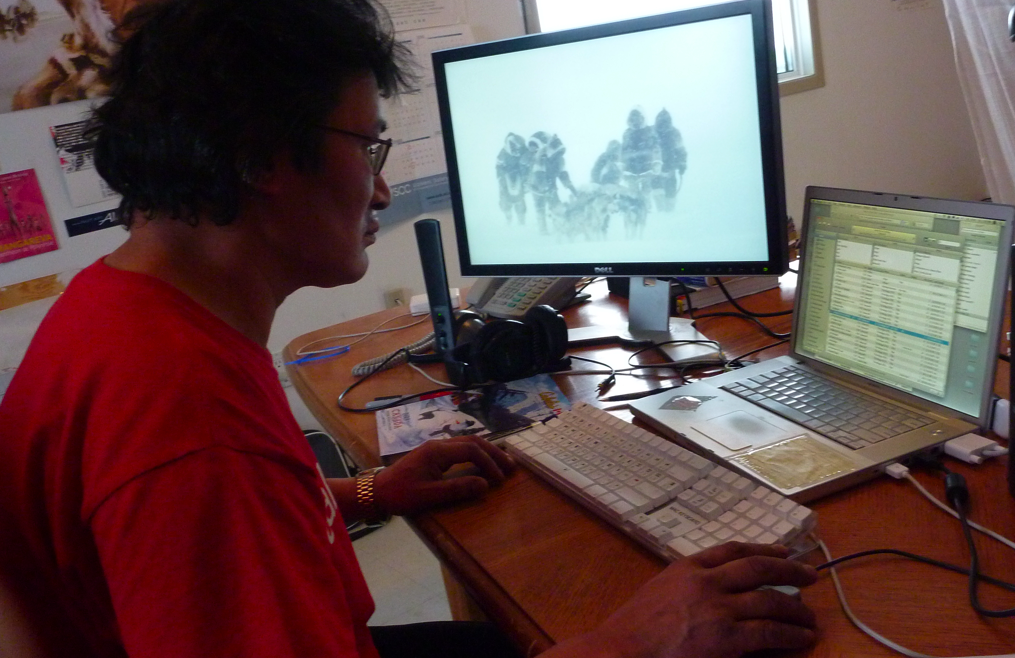 Interact with filmmakers Zacharias Kunuk and Ian Mauro during live weekly webcasts from Igloolik every Thursday from 8-10 pm starting November 19.

Inuit Knowledge & Climate Change, a new film and internet research project by Inuit filmmaker Zacharias Kunuk and environmental researcher Dr. Ian Mauro, has been invited by the United Nations to screen at COP-15, the international climate change negotiations being held in Copenhagen December 7-17. A 15-minute trailer of Kunuk and Mauro's work-in-progress will be presented in the U.N.'s film festival, "Indigenous People and Climate Change," at the National Museum of Denmark.

In the three weeks leading up to Copenhagen, Kunuk and Mauro invite viewers to watch, skype in and ask questions during live weekly online webcasts of their editing sessions in Igloolik, Nunavut, every Thursday evening from 8-10 PM Eastern Standard Time at:

"It's important the Inuit point of view on climate change is heard by the international community in Copenhagen," says Kunuk, creator of Atanarjuat The Fast Runner and one of Canada's most respected filmmakers. "Our project offers the voices of Inuit elders, hunters, women and youth to the world."

"Inuit are climate change experts," says Mauro, an environmental and social scientist based at the University of Victoria. "Their knowledge of the environment is very rich. For over 4000 years they have weathered past climate changes and have a lot to teach the world about human adaptation."