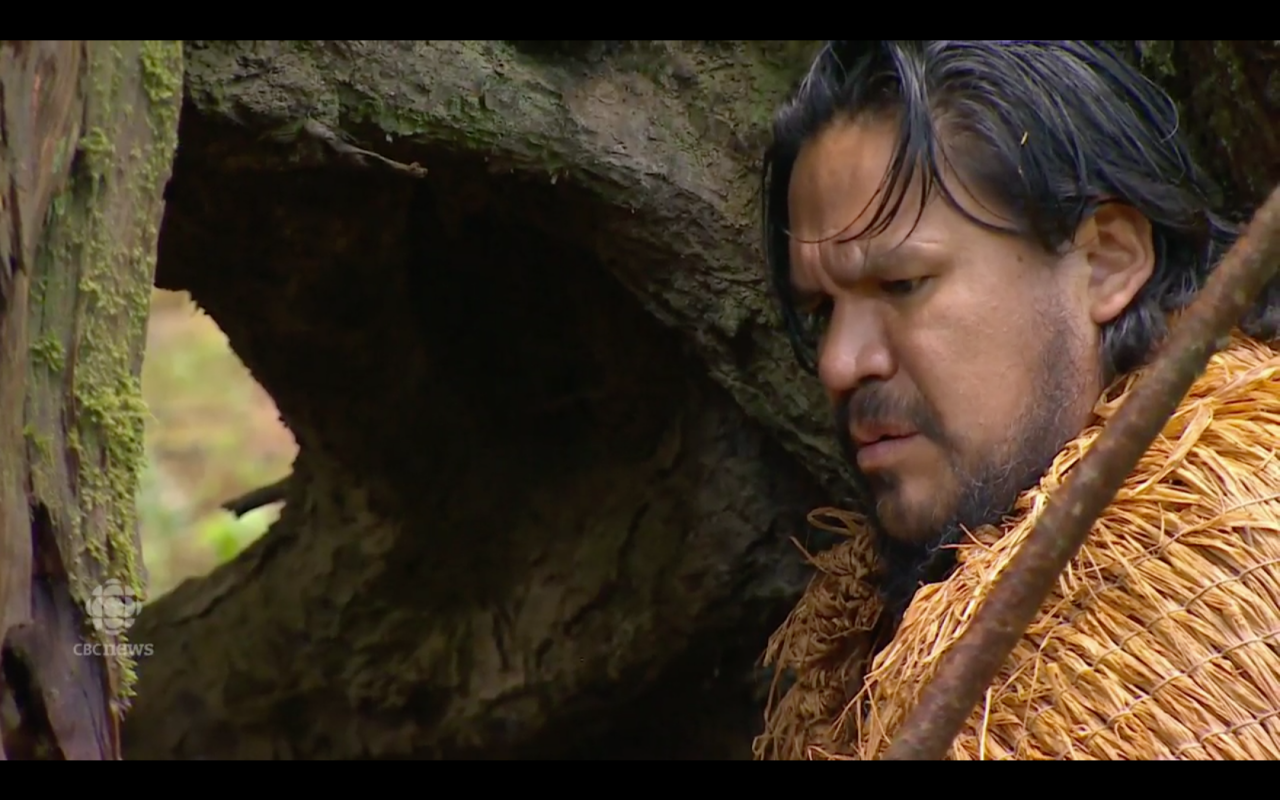 The actors
Conversation with Jon Frantz on October 18th, 2017
By Gabriela Gámez

Acting was something the majority of the actors participating in the Edge of the Knife had never done before. Their first training was to receive their own MP3 player to rehearse each actors’ lines. Then, the actors went on a 2-week language workshop with the Haida elders to perfect their Haida language. Just imagine that… these people not only had never acted before, but they also did not speak the Haida language previously, they learned both skills for the film – it’s a huge achievement for each of the actors.

The actors also had an acting coach – Cowboy Smithx, a Blackfoot filmmaker from the Piikani Nation and Kainai Nation in Southern Alberta – who gave them weekend workshops focused on acting. Cowboy Smithx was able to guide the actors on how to connect emotionally with their culture into their performance. His approach was to give them confidence, for them to embody their character. The actors also had a voice workshop with Trish Allen, a voice coach who focused on giving them confidence in their voice and movement – and believe they are in the role.

This reminded me of the acting-style of Inuit on Isuma’s films. I know from Norman Cohn that one of the secrets of how genuine, authentic and powerful the performances are, is because Inuit believe in reincarnation and some of them are acting as their ancestors, so they are acting themselves. When I asked Jon if Haida believed in reincarnation, he said they did, and actually it was one of the themes identified very early on in the film development – a lot of people wanted to see reincarnation depicted in the film.

When we were talking about this, Jon mentioned there was a strong sense of spirituality throughout the whole film. How the fact that the film was shot on traditional land had an effect on everybody’s performance – it got the actors into a zone to embody and feel reincarnated. The acting coach was key to this process because he showed the actors how to get out of this state whenever they stopped acting – spiritually and emotionally. In the character called AdinahAdeana, a woman who has a very emotional role to play as her son dies and she is in a love triangle. When she cries, you can see those are real tears.

On set, there was also Clint Carleton, a movement coach. Clint worked with the actors individually, working out their moves. Some had to be very animalistic because for instance, one character turns into a wild man and as he transforms and evolves he becomes more and more wild. So the movement coach helped the actor understand how to work this transformation and become this creature.