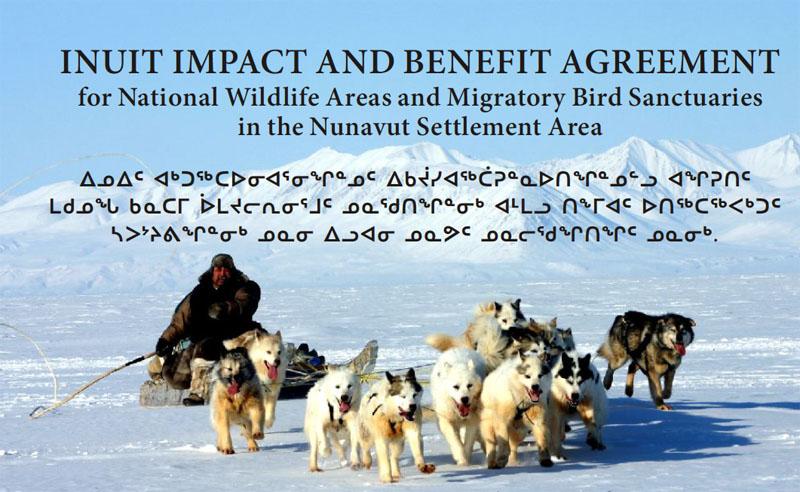 What is an IIBA? (And why is it confidential?)

WHAT IS AN IBA?

Impact and benefit agreements (IBAs) are privately negotiated contracts between companies proposing to explore, develop or extract resources from any land located within, or next to, traditional aboriginal or treaty lands. In Canada, IBAs were first negotiated in the mid-1970s, usually between the federal and provincial government and industry, and they focused mainly on ensuring local people were employed in mining projects. In recent years, Inuit and First Nations have negotiated IBAs directly with private companies. The content of the agreements has broadened to include compensation for social and environmental impacts in addition to employment at the mine sites.

In Nunavut, an Inuit Impact and Benefit Agreement (IIBA) is required for any major development in the Nunavut Settlement Area that might positively or negatively impact Inuit. The QIA has negotiated an IIBA for three Nunavut national parks (Auyuittuq, Sirmilik, and Quttinirpaaq) and IIBAs exist for four mining projects in the Kivalliq and Kitikmeot regions (Meadowbank, Doris North, Jericho Diamond Mine and the ULU Project). A map of Canadian mining projects that have negotiated or are in the process of negotiating IBAs can be found here.

In the case of mining, the main purposes of an IBA is to 1) to address the fact that mining activities can have adverse effects on local communities and the environment, and 2) to ensure that First Nations see benefits from those activities.

WHAT CAN BE NEGOTIATED IN AN IBA?

Really, anything can be negotiated in an IBA, as long as the company and the community agree on it. In the past, they’ve focused almost exclusively on jobs and training for Aboriginal employees, but recently, they’ve opened up to include broader compensation for social effects, such as housing, counseling, child care, infrastructure investments and scholarships.

1. Inuit training at all levels.
2. Inuit preferential hiring.
3. Employment rotation reflecting Inuit needs and preferences.
4. Scholarships.
5. Labour relations.
6. Business opportunities for Inuit including:
(a) Provision of seed capital;
(b) Provision of expert advice;
(c) Notification of business opportunities;
(d) Preferential contracting practices.
7. Housing, accommodation and recreation.
8. Safety, health and hygiene.
9. Language of workplace.
10. Identification, protection and conservation of archaeological sites and
specimens.
11. Research and development.
12. Inuit access to facilities constructed for the project such as airfields and
roads.
13. Particularly important Inuit environmental concerns and disruption of
wildlife, including wildlife disruption compensation schemes.
14. Outpost camps.
15. Information flow and interpretation, including liaison between Inuit and
proponent regarding project management and Inuit participation and
concerns.
16. Relationship to prior and subsequent agreements.
17. Co-ordination with other developments.
18. Arbitration and amendment provisions.
19. Implementation and enforceability, including performance bonds and
liquidated damages clauses.
20. Obligations of subcontractors.
21. Any other matters that the Parties consider to be relevant to the needs of
the project and Inuit.

The IBA for the Mary River project, like most IBAs, is negotiated in camera, so a list of its areas of concern reads no more specifically than the list of items covered under Article 26. The memorandum of understanding (MOU) between QIA and Baffinland, completed before the company released its draft environmental impact statement (DEIS) in 2009, sets specific goals for economic provisions only: Inuit employment, training and business development. Possibly because it was written before many environmental and social baseline studies were completed, it makes little mention of compensation for social impacts and no mention of environmental degradation.

The confidentiality of most IBAs, as well as the fact that they are relatively new, specific to every community and still evolving, makes them difficult to describe in detail and more importantly, to gauge their effectiveness.

WHAT IS NOT NEGOTIATED IN AN IBA?

-Royalties on subsurface materials begin when production starts and are automatically distributed through Nunavut Tunngavik.

-QIA will negotiate a certain percentage of Mary River profits, as well as advance and land lease payments. Communities will decide how that money will be managed after Baffinland and QIA reach an agreement-in-principle.

Again, the structure of the negotiating team varies from community to community, but the Walter and Duncan Gordon Foundation’s 2010 IBA Community Toolkit (IBACT) recommends it consist of a core group of negotiators from the affected communities, supplemented occasionally by elders’, youth and women’s groups. It says the negotiating team should actively—and independently of the company—solicit community input into specific negotiations.

QIA’s negotiating team is made up of two community representatives from Igloolik and Pond Inlet, three members of QIA’s executive committee and a team of lawyers and technical consultants. It conducted its community research alongside Baffinland’s public consultations for the DEIS.

While the FEIS notes that during community consultations, Inuit stressed the need for regular community updates on the progress of the IIBA, QIA has been largely silent regarding the negotiations since releasing its MOU in 2009.

WHAT IS THE TIMELINE?

According to Article 26 of the NLCA, negotiations on an IIBA should begin 180 days before construction on a project begins. Baffinland and QIA started negotiating in 2006.

March 2009: MOU (non-binding agreement on which issues are to be covered in the IBA) signed.

June 2012: QIA sent its offer to Baffinland in anticipation of reaching an agreement-in-principle by late July or August. At that time, QIA will tour the seven affected communities to summarize the agreement and elicit community comments. The agreement can theoretically be re-negotiated at that or any other point in the project’s lifetime.

WHY ARE IBAs CONFIDENTIAL?

IBAs are confidential by convention, not by law. The NLCA does not require IIBAs to be confidential, and public policy experts are increasingly advising IBA negotiators to open up the process to public consultation. According to the National Aboriginal Health Organization’s 2009 report, “Impact Benefit Agreements: a Tool for Healthy Inuit Communities?” “the overly secretive nature of negotiations in the context of IBAs results in a lack of sharing and learning,” and “Inuit would benefit from a more open process in negotiating IBAs, to contribute to learning from community to community, and to strengthen the social and health provisions in each new agreement that is negotiated.”

While a private company may impose confidentiality clauses on its own finances and negotiating teams may choose how to release information tactically, IBACT advises, “there are obvious dangers to withholding information on an agreement from the community.” First it may cause friction in the community, a negative social impact in itself, and second, it contradicts the principle of free, prior and informed consent, which the IBA itself was founded on.

“a shortcoming for First Nations remains when Aboriginal leaders accept these standard…confidentiality clauses. In doing so, they have made a de facto decision to enter into a private agreement, unchecked by government bodies or their counterparts who are deliberating over similar benefits issues, thereby effectively reducing their bargaining power. Issues are hidden if communities cannot communicate openly or organize to negotiate on the basis of common interests…. Consequently, development proponents benefit from this secret negotiation, given that Aboriginal groups have unequal capacity to participate.”

WHERE DOES AN IBA GET ITS TEETH?

IBAs are covered by common law as private contracts between the company and the negotiating community. Because there are no formal regulatory guidelines for negotiating IBAs, the strength of the contract depends on the community’s bargaining power. IBACT and public policy analysts recommend the following for increasing community leverage while negotiating an IBA:

Strength in Unity: communities with clear goals and the ability and opportunity to plan collectively have historically fared better in IBA negotiations than divided communities or those that are nonspecific about what they want from the mining company.

International Law: since many mining projects are developed by multinational corporations who are aware of their international image, negotiating groups can draw on the international rights that extend to all indigenous people, regardless of particular Canadian law. International laws and convention cannot be used to force governments or companies to act in certain ways, but they can still serve as important bargaining tools.

Transparency: The greatest bar to knowing what works in an IBA is the fact that few people know what is in an IBA. Despite decades of implementation and hundreds of IBA negotiations in Canada, very little is known about their success. According to NAHO, “a few recent studies attempted to gather data and provide such an assessment. Of those that are available, some are quite skeptical. For example, the Public Policy Forum’s literature research stated that there were still many issues to explore, including greater transparency of the negotiation process and of the contents of IBAs.”