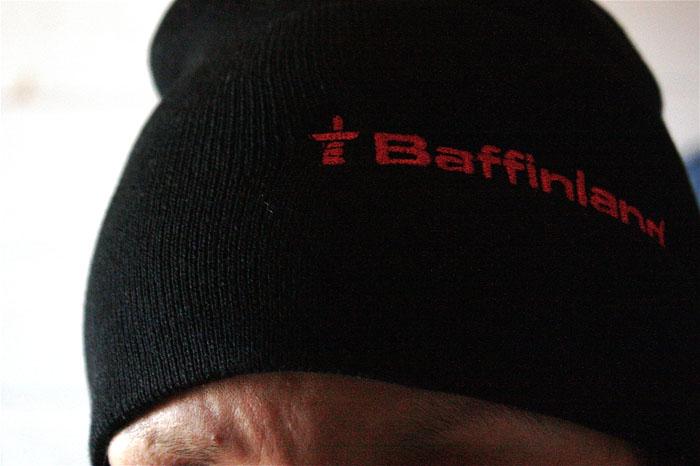 A timeline of the Mary River project—and Baffinland Iron Mines’ part in it—from 1962 to present:

Prospector Murray Watts, then head of British Ungava Explorations Ltd. (Brunex), Baffinland’s predecessor company, flies over the Mary River site in a beat-up Cessna and discovers four massive—and massively (65-70%) pure—iron ore deposits. “You didn’t have to be a genius to discover this thing,” Gordon McCreary, Baffinland’s CEO from 2004 to 2010, told National Post in 2006. “You fly over the top, you see all that black stuff and quite likely your compass would be spinning in circles.”

Watts tries to find financial backing for the Mary River project for the next 20 years, but no company can afford the massive investment in infrastructure it will take to mine it, especially because the demand for iron ore is weak.

Besides minor interest from one company in the early 1970s, the Mary River project is never seriously considered due mainly to the complexity of navigating ships through harsh Arctic conditions.

Watts dies in 1982 and is inducted into the Mining Hall of Fame in 1989 for his iron ore, nickel, copper and asbestos discoveries in Nunavut, Quebec and Northwest Territories.

Queen’s MBA student Gordon McCreary writes his Masters thesis on the viability of transporting iron ore from the Mary River site, “A preliminary discussion of factors relating to the transportation of iron ore from the Arctic archipelago.” He concludes that, while transportation is the key challenge for the project, the Mary River deposit will become a mine one day. But “it will take a robust cycle in iron ore markets for this ‘greenfield’ to make it.”

Baffinland goes public and raises money to begin testing and surveying at the Mary River site. Results confirm the iron ore at the first deposit is 65-70% pure and, at 337 million tons, the site houses one of the largest undeveloped iron ore deposits in the world.

A global iron ore supply shortage drastically increases demand for the metal for the first time in more than 30 years. The increase creates an opportunity for prospective Canadian projects such as Mary River and deposits in Labrador and northern Quebec’s Labrador Trough.

Baffinland begins talks with the Qikiqtani Inuit Association in September. Then-QIA member Terry Audla supports the project, telling The Globe and Mail, “You’re talking about [jobs] for your grandchildren—and their grandchildren.”

In April, Baffinland begins consultations in the seven Nunavut communities that will be most impacted by the mine: Arctic Bay, Cape Dorset, Clyde River, Igloolik, Hall Beach, Kimmirut and Pond Inlet.

Canarail is commissioned to construct the rail route; two options are considered: a 105 km route north to Milne Inlet near Pond Inlet and a 143 km route south to Steensby Inlet.

When the asset-backed commercial paper market suddenly crashes in August, Baffinland has 95% of its 45.9 million invested in it. McCreary, golfing outside of Mississauga Ontario when he learns of the crash, rips the handle off his BMW Z3 in frustration. Baffinland has 200 workers at the Mary River site and can barely afford to provide them with food, fuel and drilling equipment. Baffinland secures an emergency line of credit to pay for provisions.

Now Baffinland begins its search for outside investors and private partnerships in earnest.
Environmental reports created in 2007 discover that Arctic sea ice has shrunk in 2006 to the smallest area on record—1.2 million square km—meaning Arctic shipping is more viable than ever.

In February, Baffinland completes its $170 million feasibility study of development at the mine site, calculating the cost at $4.1 billion, far beyond its capabilities (as of January 2012, Baffinland employed only 36 full-time employees). The study concludes that a $2 billion rail route through Steensby is more economically feasible than the route through Milne.

It also determines the life the first deposit will last between 20 and 34 years, shipping at a rate of 18 to 30 million tons per year.

McCreary tells Canadian Mining Journal, “There are no show-stoppers that we see…. We have no processing plant, we are a quarry, we drill it, blast it…and rail it to the coast and ship if off to the market. We don’t have a tailings pond…our project is going to be as environmentally benign as any mining project can be.”

Iron ore prices continue to rise; China’s demand alone has increased from 444 million tons in 2008 to 628 million tons in 2010. “The numbers are so big you can’t possibly get your mind around it,” McCreary tells the National Post in March.

Later in March though, McCreary resigns abruptly, citing personal reasons, though he remains on the company’s board of directors. Chairman Richard McCloskey takes his place.
In September, U.S.-based Baffinland shareholder Nunavut Iron Ore makes a hostile $274-million takeover bid to buy 43 percent of the company. Luxembourg-based ArcelorMittal—the world’s largest steel producer, operating in more than 20 countries including two Canadian open-pit mines in Mont-Wright and Fire Lake—counters with an offer to buy all of Baffinland’s shares at $432 million. A six-month bidding war ensues, during which time McCreary resigns from the board, flies to China to drum up a counter-offer, and the bids for Baffinland nearly double. Throughout, Baffinland urges its shareholders to reject Nunavut Iron Ore’s offer and remain adamant that ArcelorMittal’s undervalues Mary River’s potential.

Baffinland submits its draft environmental impact assessment to the Nunavut Impact Review Board in December.

In a strange turn of events, ArcelorMittal and Nunavut Iron Ore join forces to offer Baffinland $596 million for 93% of its shares, splitting them 70/30 respectively. Baffinland CEO McCloskey opposes Nunavut Iron Ore’s part in the deal, telling the National Post in January, “It might be legal, but it certainly isn’t morally legal.” Shareholders believe that Baffinland is worth much more than either of the two companies offered.

In January, McCreary calls for an Ontario Securities Commission probe into the deal, claiming shareholders did not recent sufficient information about the details of the agreement and that the bid needs to be studied to ensure that Nunavut is not receiving collateral benefits from ArcelorMittal.

In April, former shareholders of Baffinland Iron file a class action lawsuit against Baffinland Iron Mines Corporation, claiming the company “negligently misinformed” them during the bidding war between September 2010 and February 2011.

The Ontario Securities Commission accuses Jowdat Waheed and Bruce Walter, CEO and chairman of Nunavut Iron Ore Acquisitions Inc. (also known as WW Mines) of insider trading on the Baffinland deal. Waheed served as a consultant to Baffinland from February to April 2010, and the OSC alleges he used confidential information about the company to launch Nunavut’s hostile takeover of the company in September 2010. Waheed denies the allegations, telling Mining Bulletin in January, “Nunavut Iron’s takeover offer led to a series of bids that resulted in Baffinland shareholders ultimately receiving a premium of approximately 375 percent over the market price at the time of the first offer.” The case is still awaiting judgment.